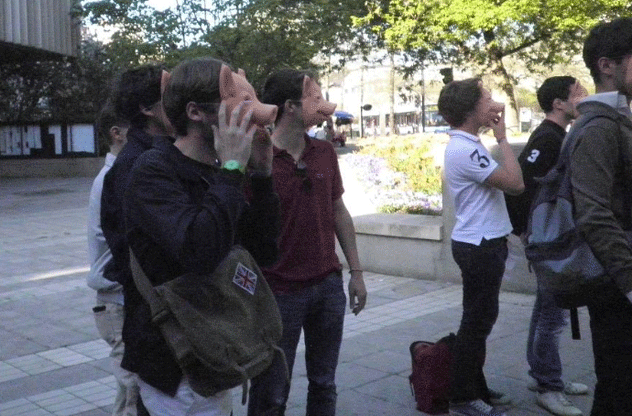 A 43-year-old civil servant, the local leader of the Bloc identitaire who works at the Angers prefecture, has appeared in court on Monday charged with obstructing the council.

On 8 April he provided pigs’ masks to a group of young Bloc identitaire activists. They disrupted the Angers city council, shouting “Not a penny for the mosque”. They then handed out leaflets to councillors on which it was written that Anjou was not “a land of Islam”.

Shocked by this intervention, the mayor had to suspend the council proceedings and filed a complaint. A civil party at trial, the mayor of Angers claimed a symbolic €1.

The prosecutor asked for a suspended sentence of three to four months and 105 hours of community service, as well as a citizenship course in a local authority. The counsel for the accused preferred to speak of “horseplay” saying that the “raid” did not make the holding of the council “impossible”.

The case was adjourned for judgement on 2 January. Four other Bloc identitaire activists who participated in the action will be tried for the same offence.