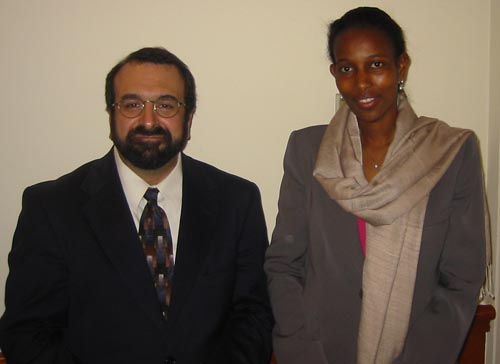 Rather untypically, Robert Spencer of Jihad Watch has rallied to the defence of an illegal Muslim migrant: “Ayaan Hirsi Ali, who has spoken up repeatedly and heroically, at immense personal risk and loss, against the Islamic jihad ideology – and particularly its inhumanity to women – is being hounded by dhimmis in the Netherlands.”

It turns out that Hirsi Ali (or Hirsi Magan to give her right name), the one-time collaborator of Theo Van Gogh and MP for the right-wing anti-migrant party the VVD, told a lot of porkies to claim asylum back in 1992.

As one critic put it: “To secure for herself a promising career she besmirched her family and the Islamic background that gave her a good education. She deliberately painted a black picture of Islam that she never experienced as such, only to profit from it. The Dutch party she is an MP for, the VVD, knew she had lied. They used her in their anti-Islamist and anti-left campaign. And Ayaan Hirsi ‘Ali’ presented the world with a fancy story it very much liked to hear.”

Hirsi Ali has now been offered a job in the US with the neocon American Enterprise Institute, starting in September. Muslims in the Netherlands will be glad to see the back of her. Nasr Joemman, secretary of the Contact Organisation for Muslims and Government, said that Hirsi Ali’s attacks on Islam had caused “a lot of damage”. He added: “I celebrate that she is leaving the Netherlands. I hope that by her departure we can move forward with building a harmonious society.”