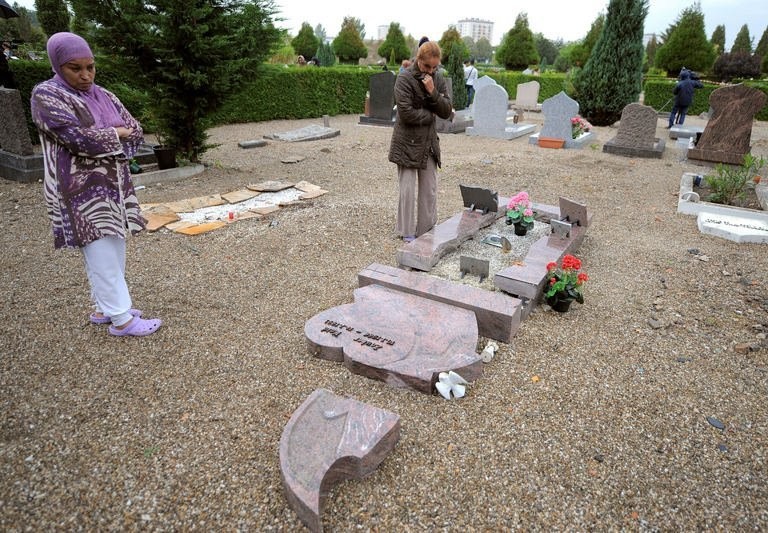 AFP reports that 36 Muslim graves in Meinau cemetery in Strasbourg were vandalised on Thursday night. Some tombstones were overturned, others smashed. Children’s graves were among those damaged. Three swastikas were drawn on the gravel paths. Abdelaziz Choukri of the Strasbourg Grand Mosque pointed out that the attack had taken place on the eve of a event organised by the far-right Front National in the city.

This is the latest in a series of such attacks. In July, 27 graves were desecrated in the Jewish cemetery of Wolfisheim near Strasbourg. In June, 17 Muslim gravestones were knocked over or damaged in the Robertsau cemetery, north of the city. In January, about thirty graves in the Jewish cemetery of Cronenbourg (to the west of Strasbourg) had been damaged on the day of the commemoration of the liberation of the Nazi concentration camps.