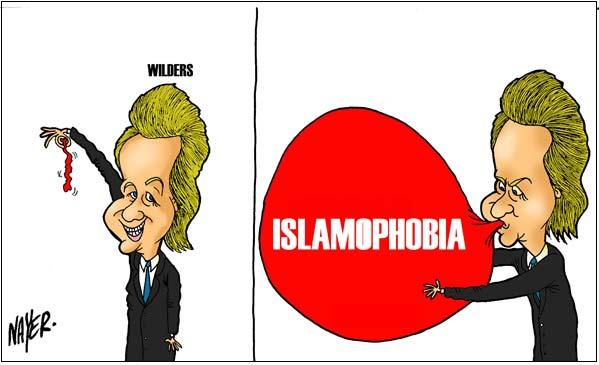 A furore over Danish cartoons depicting the Prophet Muhammad in 2005 sparked the idea of a counter-offensive by cartoonists around the world. The international video journalist and cartoonists platform, VJ Movement, asked cartoonists in Islamic and other countries how they saw the increasing criticism of Islam in Europe.

The call produced 30 satirical drawings, most of them featuring Dutch rightwing anti-Islam MP Geert Wilders. According to spokesman Tjeerd Rooyaards of The Hague-based VJ Movement, “Mr Wilders’ face is well-suited to being caricatured”. Next month, VJ movement will launch a separate platform, Cartoon Movement.