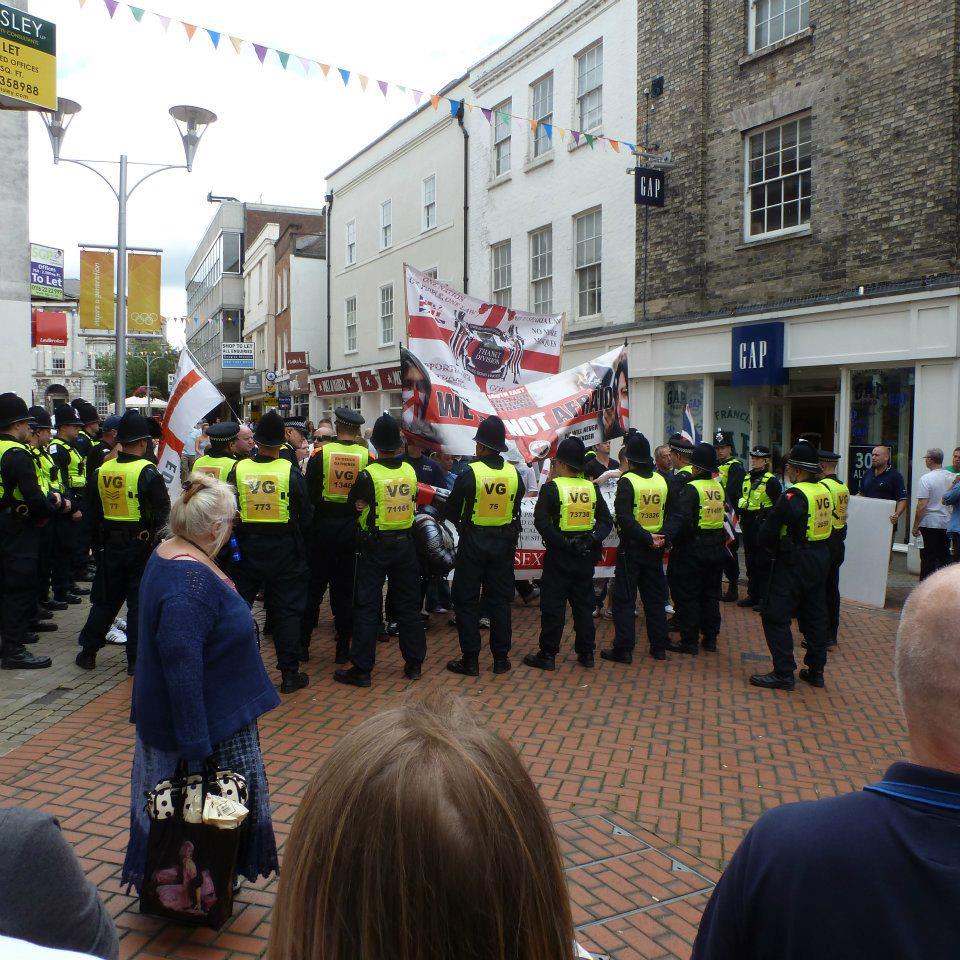 Three men were arrested today on suspicion of committing racially aggravated public order offences at a protest staged by members of the English Defence League.

Around 30 people took part in the demonstration in Chelmsford city centre, a spokesman for Essex Police said.

The protest started at around 2.30pm and was contained by police, who had received no prior notification of the demonstration taking place. It was concluded by 4.30pm, the spokesman said.

Judging by the photo below (from Hope Not Hate) the figure of 30 would appear to be an exaggeration.

The protest was apparently against the plan to build a new Islamic Centre in Chelmsford. The EDL have been promoting an online petition, Stop The Proposed Mega Mosque in Chelmsford Essex UK (“We are asking people to vote NO! We like our community the way it is and do not want a forced influx of any particular demographic”).

Postscript:  Among the comments posted by signatories to the anti-mosque petition (who include the EDL’s regional organiser Paul Pitt aka Paul Prodromou) we find open incitement to violence (“No more mosques. Bomb the shit out of them”) along with general racist abuse against the Muslim community:

“No terror center in Essex”, “Stop the Islamification of England!”; “too many immigrantes needing too many mosques”; “No mosque in Chelmsford! England only for the English!”; “stop them from living in our lands,full stop”; “These mosques, are no doubt, being used to preach hate for the western culture and religion. This is basically a form of treason and all mosques should be closed”; “Islam is the religion of hate”; “Muslim doctrine is not right for our Christian England”; “As Sir Winston said, islam is not a religion but a perverse cult”; “ONCE AND FOR ALL STOP LETTING THIS MUSLIM TRASH INTO ENGLAND…. WE DO NOT WANT THEM IN OUR WESTERN COUNTRY, WE DO NOT WANT THEM BEING PART OF OUR DAILY LIVES! THEY ARE SICK PEDOPHILES, ABUSERS, WOMEN SUPPRESSORS”; “No room in our city for this. Go to Mecca if you want to pray”; “MUSLIMS OUT OF EUROPE!!”; “Never will we tolerate this in our county. Keep Essex Free of Islam”; “The last thing I want is to look out my window and see the massive symbol of hatred that is Islam”; “Mosques are hot beds of criminality and anti social behavior so no!”; “Every mosque is an attack on British culture”; “We do not need anymore of these places, our country is slowly being taken over with Islamification and it must stop NOW”; “NO WE DONT WANT YOU OR YOUR DEATH CULT IN THE UK”; “we are a christian country, so no more mosques for immigrants”.

The comments have now been blocked by iPetitions as a result of complaints. 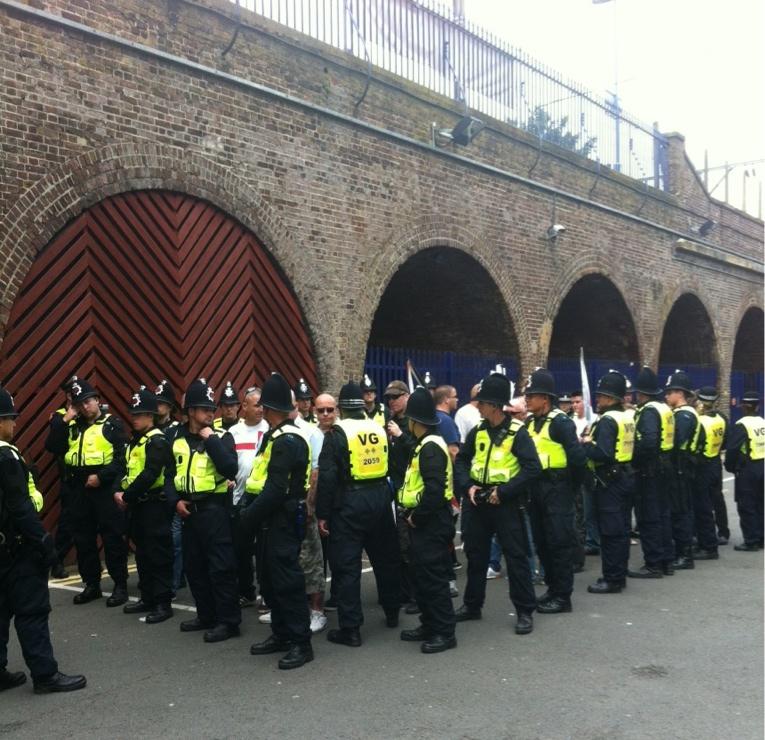