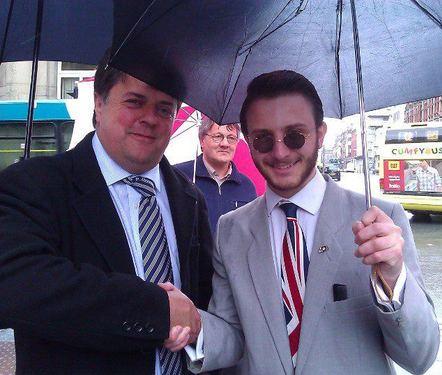 “British nationalism has got itself a brand new face. Jack Buckby isn’t exactly the boy next door, but he could be the hipster sitting at his laptop next to you in Starbucks (‘working on a novel’ – yeah, right). Young, educated, articulate, John Lennon glasses, excessive facial hair, ironic satchel: the only unusual things about him are a) his obsession with ‘Muslim paedos’ and b) that he travels everywhere with a bouncer.”