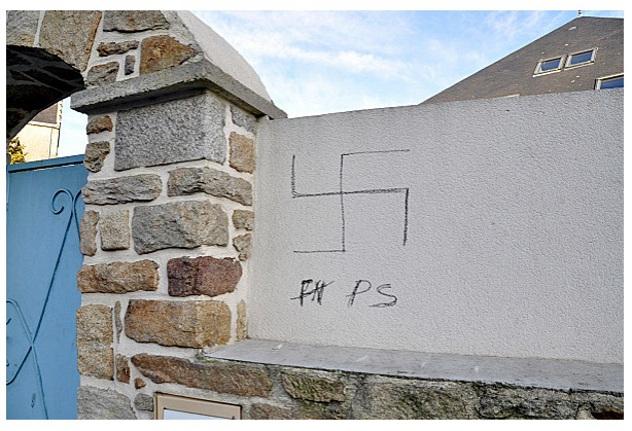 On Tuesday 11 December six swastikas were found on the walls of the mosque in the Penhars neighbourhood of Quimper, in the Finistère department of Brittany in north-west France, the Collectif contre l’Islamophobie en France reports.

The CCIF points out that this is not the first time that the mosque has suffered such acts of vandalism. In September 2006 similar graffiti were found, and the mosque was the victim of an attempted arson attack.