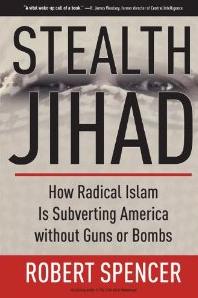 “Here is the latest semantic assault from the party that brought you ‘Islamo-facism’ (circa 2005) and ‘Axis of Evil’ (2002). The term ‘stealth jihad’ is suddenly voguish among politically ambitious right wingers who see President Obama’s approach to terrorism as insufficient.

“If it sounds like a phrase from a military-fantasy summer blockbuster, that’s on purpose: in its cartoonish bad-guy foreignness, ‘stealth jihad’ attempts to make the terrorist threat broader and thus more nefarious than it already is. The only thing scarier than an invisible, homicidal, suicidal enemy with a taste for world domination is one who’s sneaking up on you.”