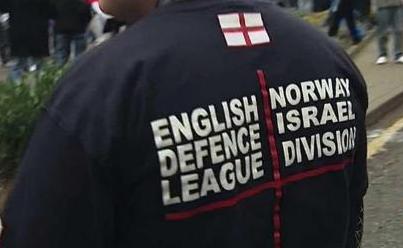 The organization is not discussed much, but is well known among the extreme right, Islam critics and anti-racist movements. On Facebook, different NDL groups have 500 members, and the group’s leaders claim they have over 600 supporters in Norway. Many are young men in their 20s, inspired by the English Defence League in the UK.

“NDL profiles itself as a legal political movement, but as we see from the UK, the boundaries are fluid. It oftens ends in violent confrontations with those holding the opposite opinion,” PST department head Jon Fitje told Dagbladet.

Remi Huseby (22), from Haugesund, who presented himself as the group’s spokesperson last month, has received much attention from the media and anti-fascist groups. Last week he was kicked out of the Transport Workers Union due to his position. After PST named the NDL yesterday, he had enough. In an SMS to Dagbladet Huseby announced he’s resigning from the organization: “Hereby confirm that I’m leaving the NDL because the NDL has been taken over by neo-Nazis”.

“Islam-hostile groups can take different forms. We see the developments in Europe and fear the same in Norway,” says Fitje. Though the NDL hadn’t used violence, the PST defines it it as an “extreme right-wing group”. With Huseby out of the organization, it’s unclear what political profile the NDL will have. If cultivating violence and radicalization become dominant, the group might get more attention from the security service.

Translation by Islam in Europe.