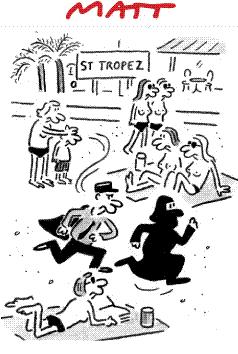 A decent article on the French veil ban, in the Daily Telegraph of all places (and no, it’s not by Peter Oborne). There’s a good editorial in the Financial Times too, which states:

“The ban’s defenders, who range across the spectrum of French politics, pretend the veil is a threat to France’s republican values. But this republican bigotry is in reality a cheap populist ploy, in large part dictated by the electoral calendar at a time when the xenophobic National Front is again scoring well in the polls.”

(The cartoon is from the Telegraph as well, via Inayat’s Corner.)