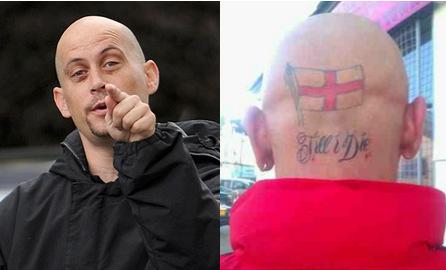 A court heard how police called to a “large scale disorder” were forced to use pepper spray and brandish Tasers to tackle a “very aggressive” crowd.

Two men, Ricky Burley, aged 43 [on right of picture] and 34-year-old Michael Rafferty [on left] both appeared at Plymouth Magistrates Court to face trial on charges of resisting police officers in Exeter Street on August 31 last year. Burley, of High Street, Stonehouse, also faces a charge of threatening behaviour. Rafferty, of Woolwich, London, but formerly from Devonport denies the charges, as does Burley.

At their trial the court heard from four officers who were called to an alleged incident in Exeter Street shortly before 5.30pm.

Pc James Maltby had told the court the initial report had been to a “racial disorder” at the nearby Istanbul kebab shop where there had been reports of glasses being thrown.

However, the court heard from Pc Glenn Hawkins who said on arrival outside the nearby Wild Coyote pub he was confronted by a group of men “being quite rowdy – the atmosphere was very tense”.

As he attempted to clear away empty glasses on the outdoor tables – fearing they could be used as weapons against officers – he claimed Burley had tried to obstruct him, swearing at him and “squaring up to me – he was in my face”, the court heard. Pc Hawkins said he arrested Burley on a public order offence whereupon Burley began to struggle “violently”.

Aided by other officers, he was able to cuff him but noticed the rest of the group were “getting extremely agitated” and noticed another man he later learned was Rafferty trying to get much closer to him. He said Rafferty “appeared extremely aggressive” but as there was a row of men between them, Pc Hawkins admitted he struck Rafferty “with a clenched fist” after considering him a danger.

Pc Tracy Harris told the court the body language of the group was “very tense, very aggressive” with around 10 people outside the bar and a further 20 inside. She said there was “a lot of aggressive shouting” but that Burley was swearing “extremely loud, I would say at the top of his voice, extremely aggressive and intimidating”.

When asked by defence solicitors for Burley and Rafferty why Pc Hawkins had not simply explained his intentions of clearing away the glasses, Pc Harris remarked: “I probably wouldn’t have highlighted where the glasses were – perhaps it would’ve encouraged the group to use them.” She said it was “one of the most dynamic incidents I can recall in three years policing in Plymouth”.

The court also heard from Pc James Maltby who had levelled a Taser at Rafferty. He said he heard Rafferty “growling and grunting” as he was held back from advancing on Pc Hawkins who was hauling Burley away in cuffs. He said Rafferty was “laughing as well as growling” as four officers later struggled with him on the ground while they tried to cuff him.