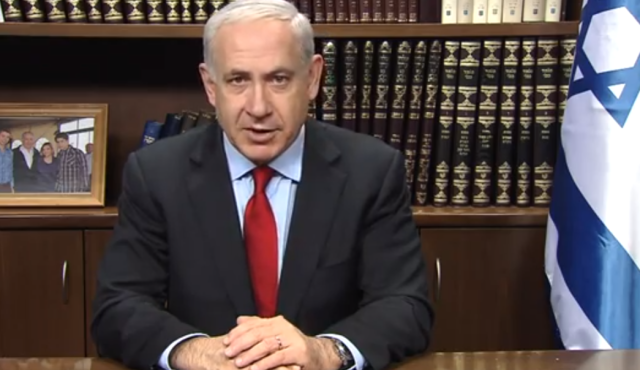 Every year, Prime Minister Benjamin Netanyahu publishes a Christmas message for Christians in Israel and abroad. One of the message’s objectives is hasbara, or public diplomacy, to the Christians of the world. But this year’s greeting was especially political. Netanyahu chose to radicalize his traditional greeting into an attack on Muslims in Arab countries.

In his December 2011 greeting, Netanyahu made do with pointing out the fact that in the Middle East “Christians are persecuted in a routine manner, and there is little tolerance toward them.”

In his 2012 greeting, Netanyahu, who continuously cautions the world that Israel is under existential threat from Iran, asserted that the Christians in the Middle East are in danger of extermination. No less.

“Today Christian communities throughout the Middle East are shrinking and many of them are in danger,” said Netanyahu, according to the announcement published by his bureau in Hebrew and English. “…this is of course not true in Israel. Here there is a strong and growing Christian community that participates fully in the life of our country.”

Netanyahu did not specify in his greeting exactly who is threatening to annihilate the Christians, but it’s clear from the wording that he means the Muslims. As he did last year, he emphasized that the Christian community in Israel is large and that it enjoys freedom of religion and freedom to worship, but this year he added a hinted reference to the “Judeo-Christian heritage.”

The reference is to a sensitive term taken from the conceptual world of the rightist-evangelical anti-Muslim wing of the Republican Party. After the 9/11 attacks, U.S. conservative politicians and intellectuals used this term in criticizing American multi-culturalism and claimed that the Muslims were engaged in a culture war against Judaism and Christianity.