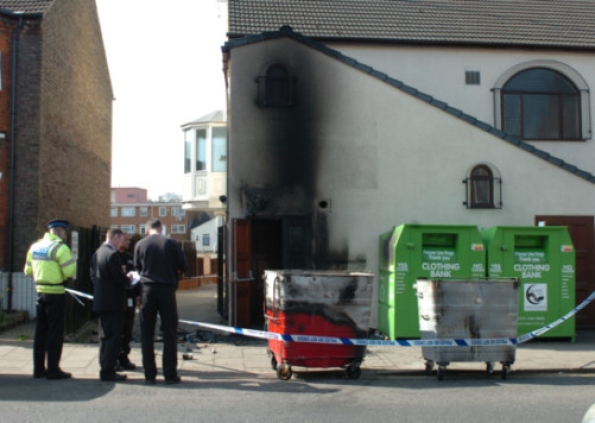 An investigation is underway after an arson attack at a mosque in Bury Park in the early hours of this morning (April 2).

Fire crews were called to the Bury Park Jamia Masjid in Bury Park Road at 4.30am, after two large metal bins were pushed up against a door and set alight. The scene has been cordoned off by police while a fire investigation takes place.

Det Con Colin Knight, investigating the incident, said: “We’re keeping an open mind and appealing for witnesses. We don’t know at this stage what the motive was.”

Anwar Hussain, the mosque’s cultural secretary, said its leaders were angry about what had happened. “People are going to be very upset when they come for prayers,” he said. “But we will tell them to remain calm. The investigation is ongoing but my opinion is that it was deliberate. The police response has been very good, they will be checking CCTV footage from the cameras in the street, and we hope they will catch the culprits.”