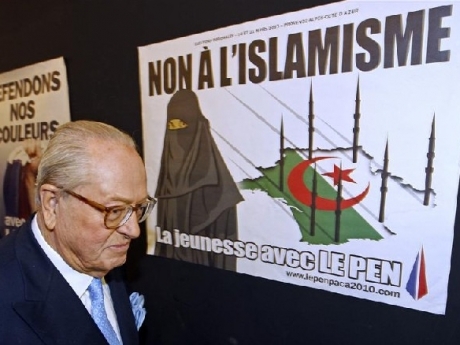 A Paris court has acquitted far-right French politician Jean-Marie Le Pen, who had faced charges of racism over campaign posters for his National Front party.

The court said Thursday that Le Pen was not personally responsible for the posters, reading “No to Islamism” and featuring a woman in a black face-covering Muslim veil next to a map of France swathed in the Algerian flag. The posters were issued ahead of March’s regional elections.

The anti-racism group SOS Racism had brought the charge of “inciting racial hatred” against Le Pen.

The public prosecutor had asked the aging firebrand be handed a two month suspended sentence, a €20,000 fine and a 1-year-long ban on running for office.