A new awareness campaign to improve public understanding of Islam and Muslims has been launched in London as an opinion poll shows widespread public concern at Islam’s impact on Britain today (Monday 7th June).

The campaign – “Inspired by Muhammad” – showcases how Muslims are inspired by their faith to contribute positively to British society. The public campaign focuses on women’s rights, social justice and the environment.

It was launched by TV presenter Kristiane Backer in a London cab decorated with the campaign’s logo, in front of Tower Bridge on the River Thames.

The high profile media campaign, commissioned by the Exploring Islam Foundation, will include adverts at bus stops, tube stations and on London’s iconic cabs. A new website www.inspiredbymuhammad.com has been launched to explain Islam’s ethical principles and core beliefs.

Alongside the launch, a YouGov national opinion poll commissioned by the EIF at the end of May 2010 has been published. It shows:

EIF is a charity established in 2009, to challenge popular stereotypes about Islam. 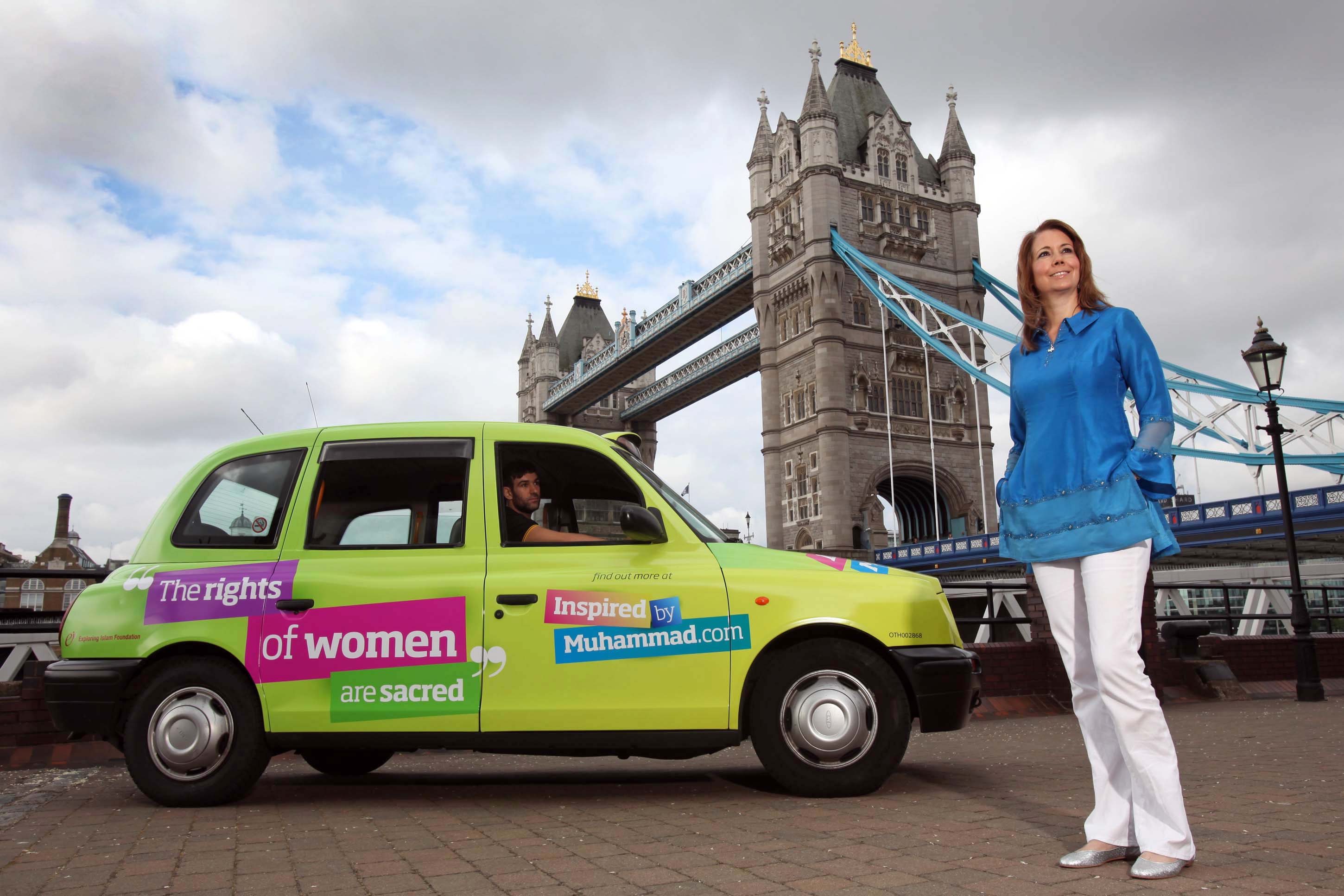