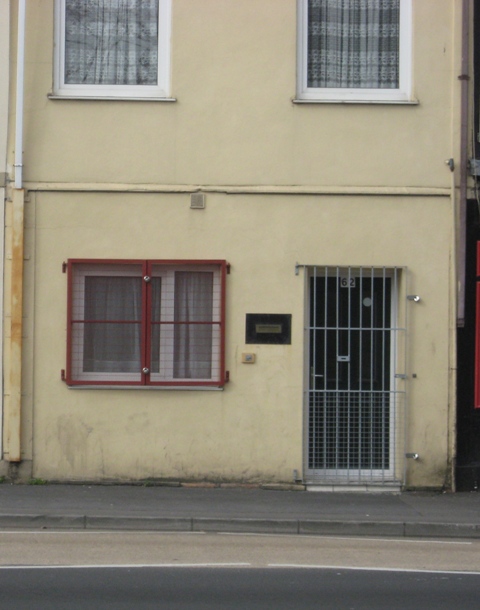 Last September the mosque in the Welsh town of Llanelli was attacked. Thugs racially abused a group of elderly women who were entering the mosque and kicked the door in. As a result, extra CCTV cameras were installed.

We are told that there was a second attack on the mosque in February, when the windows were smashed while someone was praying inside. As you can see from the photo, the building has now been fitted with a window grille in addition to the existing steel gate in front of the door (cf. earlier photo here).

The Llanelli Star did, rather belatedly, get round to covering the September attack, but the February incident was apparently not considered important enough to merit a report in the local press.

The EMRC study Islamophobia and Anti-Muslim Hate Crime: UK Case Studies found that Muslims and their mosques face a higher level of violence and intimidation in UK market towns and suburbs than in big cities. See also the Al Jazeera report here.