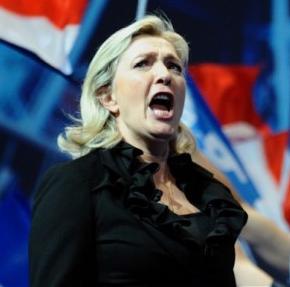 French authorities have asked the European Parliament to lift the immunity of far-right leader Marine Le Pen so she can be prosecuted for comparing Islamic prayers to the Nazi occupation, officials said Monday.

Justice ministry spokesman Pierre Rance told AFP the request was sent to European Parliament President Martin Schulz late last month. A source close to the matter said the request was related to an ongoing judicial probe into remarks made by Le Pen in a speech to supporters of her Front National party in December 2010.

Prosecutors in Lyon, where the speech took place, opened an investigation into the remarks for “inciting racial hatred” in January 2011 following a complaint from an anti-racism group.

Like with many national parliaments, members of the European Parliament enjoy immunity from criminal and civil liability for opinions expressed as part of their duties, unless the chamber votes to lift the immunity.