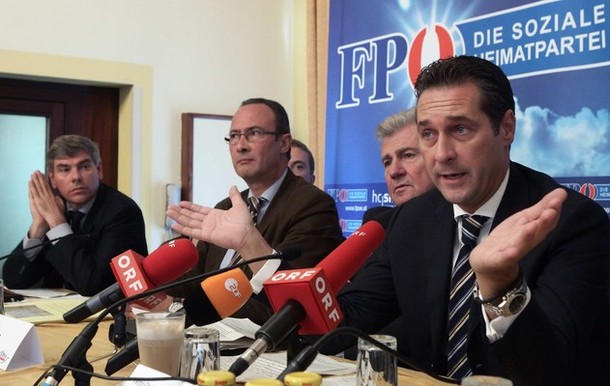 Austria’s far-right Freedom Party has announced plans to expand into neighbouring Germany, where it hopes to join forces with another militant anti-Islamic group and campaign against Turkey’s accession to the European Union as part of a widening bid for political power.

The party, which swept to power in Austria under the leadership of the late Jörg Haider a decade ago, made huge gains in Vienna elections earlier this month when it won 26 per cent of the vote and overnight became the city’s second most powerful party.

The party’s current leader, Heinz-Christian Strache, said at a right-wing political congress in Vienna at the weekend that his organisation’s growing appeal meant it was now time to move into Germany. The party plans to open its “German office” with the little known Pro-Deutschland ultra right-wing movement, which recently gained seats on Cologne city council.

“We have a lot in common,” said Hans-Jörg Jenewein, the Freedom Party’s general secretary. “The Pro-movement should achieve in Germany what we have in Austria.” Both parties will hold a press conference in the west German town of Leverkusen this week to announce what was described as a “patriotic movement at federal level”.

The Pro movement won five Cologne parliament seats last year after campaigning fiercely against the construction of a new mosque in the city’s suburbs. Mass protests prevented the party from holding a political rally and the organisation is under surveillance from Germany’s Office for the Protection of the Constitution.