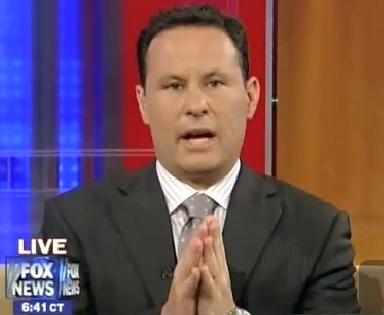 A Fox News Channel host apologized on Monday for saying last week that “not all Muslims are terrorists, but all terrorists are Muslim”.

Brian Kilmeade, a co-host of “Fox & Friends”, said he “misspoke”. “I don’t believe all terrorists are Muslims. I’m sorry about that if I offended or hurt anybody’s feelings,” he said on the program Monday morning.

A liberal group that monitors Fox News, Media Matters, was skeptical that it was just a slip of the tongue, however, because Mr. Kilmeade made the same statement twice on Friday, hours apart from each other. Media Matters said Mr. Kilmeade “has a history of offensive and inflammatory comments regarding Islam and Muslims”.

On Friday Mr. Kilmeade was reacting to the fellow Fox host Bill O’Reilly’s spat on “The View” the prior day, when Mr. O’Reilly said “Muslims killed us on 9/11”, prompting two co-hosts to walk off the set.

Mr. Kilmeade said, “They were outraged that someone was saying that there was a reason, there was a certain group of people that attacked us on 9/11. It wasn’t just one person, it was one religion. Not all Muslims are terrorists, but all terrorists are Muslim.”

Hours later on his radio show Mr. Kilmeade said “Not every Muslim is an extremist, a terrorist, but every terrorist is a Muslim. You can’t avoid that fact,” according to Media Matters.