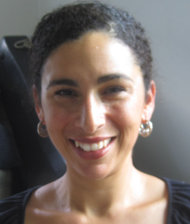 An airline that reported suspicious behavior by two men aboard a flight from Denver on the 10th anniversary of the 9/11 terror attacks said authorities in Detroit removed them – and a female passenger who is half Middle Eastern and claims she was later strip-searched – without consulting the pilots or crew.

However, airport police and the Transportation Safety Administration said authorities responded after getting an in-flight alert from Frontier that three passengers were engaged in suspicious activity.

The crew on Frontier Airlines flight 623 followed security protocols on Sunday, spokesman Peter Kowalchuk said in an email Wednesday to The Associated Press.

The crew “responded to concerns expressed by passengers on their aircraft about the suspicious activity of two gentlemen and only two gentlemen,” Kowalchuk said. “After that, what happened was out of the control of the Frontier crew or anyone at Frontier Airlines, for that matter.

“When they arrived and boarded the aircraft, the authorities did not consult any member of the crew . not the pilots, not the flight attendants, before taking action and removing the two men and a third person, Ms. Hebshi.”

Shoshana Hebshi told the AP that she was forced off the plane in handcuffs, strip-searched and interrogated.

But a spokesman for the Wayne County Airport Authority, which operates Detroit Metropolitan Airport, said it was notified by the crew that there were three people possibly engaged in suspicious activity.

“When law enforcement boarded the aircraft, the only way they possibly could have known which individuals to pursue would have been by the direction given to them from the flight crew,” Scott Wintner told the AP Wednesday in an email.

TSA spokesman Jim Fotenos said that during the flight, Frontier reported that three people were involved in suspicious activity.

Hebshi described herself as half-Arab and half-Jewish with a dark complexion and believes she was targeted because of her Middle Eastern appearance. She spoke Wednesday with the American Civil Liberties Union.

“They did seem to think that my rights were violated, even in such a sticky situation,” Hebshi wrote in an email. “Understandably, security issues are heightened when dealing with airplanes, regardless of what day of the year you choose to fly.”

Authorities say fighter jets escorted the flight after its crew reported that two people were spending a long time in a bathroom – the two men sitting next to Hebshi in the 12th row.

The FBI has said the three didn’t know each other. One man felt ill and got up to use the restroom and another man in the same row also left his seat to go to the bathroom. The FBI said they never were inside together.

Hebshi told the AP she didn’t notice how many times the men went to the bathroom. “I really wasn’t paying attention,” said Hebshi, a freelance writer, editor and stay-at-home mother of twin six-year-old boys who lives in a suburb of Toledo, Ohio. “I was minding my own business – sleeping, reading, playing on my phone.”

After landing in Detroit, armed officers boarded the plane and ordered her and the men, whom she described as Indian, to get up, Hebshi said.

FBI spokeswoman Sandra Berchtold said the three passengers were questioned but not arrested before federal authorities determined there was no reason to suspect or hold them. She also said FBI agents who questioned the passengers were not involved in any strip searches.

Political and religious leaders in the U.S. “must step up efforts to address the rising level of anti-Muslim sentiment in our society and speak out forcefully against those who promote or exploit Islamophobia,” Council on American-Islamic Relations spokesman Ibrahim Hooper said Wednesday in a statement.

But Kowalchuk defended the actions of the flight 623 crew.

“There was no profiling of any kind by any crew member associated with this incident other than that of unusual and suspicious behavior,” he said. “It is unusual for people to spend 10 to 20 minutes in the small lavatories on our Airbus aircraft. When that happens, it raises suspicion. It did in this case, both in the minds of our guests and the flight crew.”

The flight was one of two for which fighter jets were scrambled Sunday after crews reported suspicious activity on Sunday, officials said. In both cases, it involved bathroom use. In neither case did authorities find anything to substantiate the suspicions.

On Tuesday, a US Airways flight from New York to Phoenix was diverted to St. Louis after crew became concerned about the activities of three male passengers, all three of whom were Israeli citizens. Investigators determined there was no terrorism involved.