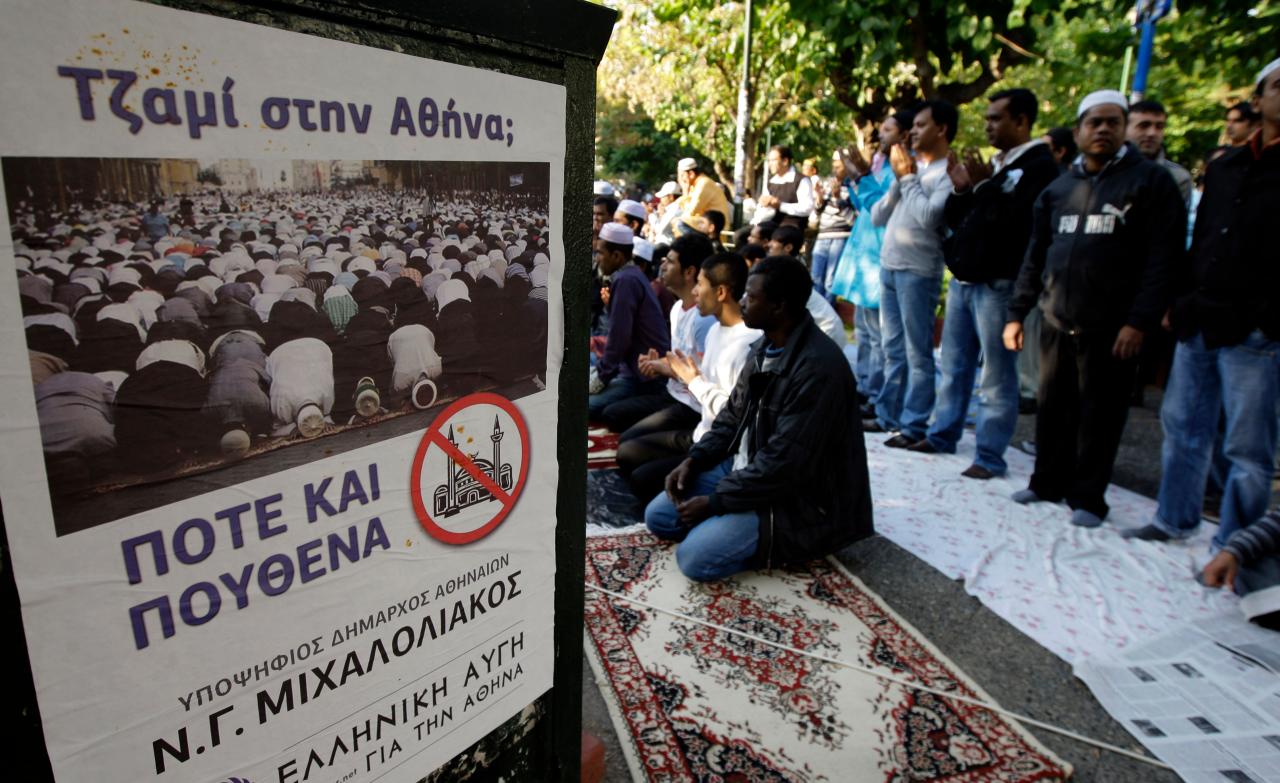 They descended by the hundreds – black-shirted, bat-wielding youths chasing down dark-skinned immigrants through the streets of Athens and beating them senseless in an unprecedented show of force by Greece’s far-right extremists.

In Greece, alarm is rising that the twin crises of financial meltdown and soaring illegal immigration are creating the conditions for a right-wing rise – and the recent massacre in Norway drove authorities to beef up security on Monday.

The move comes amid spiraling social unrest that has unleashed waves of rioting and vigilante thuggery on the streets of Athens. The U.N.’s refugee agency warns that some Athens neighborhoods have become zones where “fascist groups have established an odd lawless regime.”

Greek police on Monday said they have increased security checks at Muslim prayer houses and other immigrant sites in response to the Norway shooting rampage that claimed 77 lives. “There has been an increase in monitoring at these sites since the events occurred in Norway,” said police spokesman Thanassis Kokkalakis.

The xenophobic rage exploded in May, when youths rampaged through a heavily immigrant neighborhood in broad daylight, knifing and beating foreigners. The attacks left at least 25 people hospitalized with stab wounds or severe beatings. Athens has since suffered a spate of hate attacks by far-rightists.

Last November, the leader of a neo-Nazi group won a seat on Athens’ city council, with an unprecedented 5.3 percent of the vote.

The UNHCR warns of daily attacks by fascist groups in central Athens. “There has been a dangerous escalation in phenomena of racist violence targeting indiscriminately aliens, based solely on their skin color or country of origin,” the UNHCR wrote in a June report. “In certain areas of Athens, cruel and criminal attacks are nearly a daily phenomenon staged by fascist groups that have established an odd lawless regime.”

“I receive threats all the time,” Naim Elgandour, the Egyptian-born head of the Muslim Association of Greece, said in an interview. “Things have gotten much worse lately. It’s an alarm bell from the rest for Europe,” he said. “There may be 5,000 hardcore extremists in Athens, by they are gaining sympathy and tolerance by the day.”

Elgandour said at least 10 makeshift mosques – basements and coffee shops converted by immigrants to use as prayer sites – have been damaged in firebomb and vandalism attacks in the past year.

Since winning a seat on Athens City Council, Nikolaos Michaloliakos, head of the violent far-right group Golden Dawn, has tailored his recent rhetoric to the financial crisis.

“We are living in an enslaved country, financially and nationally,” Michaloliakos, a 54-year-old mathematician, told supporters last month, giving a speech under a statue of Alexander the Great.

“We have a bankrupt economy and the thieving politicians responsible go unpunished,” he said. “How long do they think they can keep lying and fooling the Greek people? Whether they like it or not, the hour of Golden Dawn and nationalist revolution is coming.”