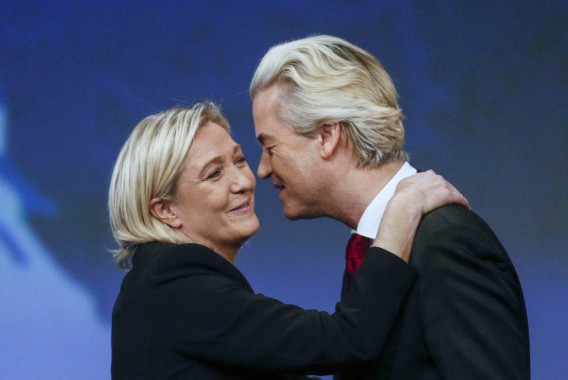 He was followed by Jiri Janecek of the Czech Republic’s conservative Ok Strana, railing against “immigrants who take our jobs and cannot tolerate our culture”.

Next up, Krasimir Karakachanov of Bulgaria’s ultra-nationalist VMRO delighted the crowd by declaring that “the symbol of Europe must be Joan of Arc, and not Conchita Wurst”, referring to Austria’s Eurovision-winning “bearded lady”.

There was praise from all sides for Putin’s Russia, and fierce condemnation of Western sanctions against Moscow.

“Why wage a commercial war on the main bulwark against the spread of barbaric, Islamic extremism?” asked Matteo Salvini, the new leader of Italy’s Northern League, sporting a T-shirt that read “Basta Euro” (Enough of the euro).