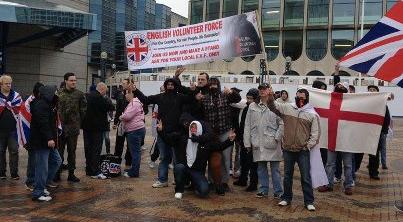 The decline and break-up of the English Defence League has prompted a number of extremist groupings to try and establish a replacement anti-Islam street movement. While their stated aim is invariably to unite the far right, all they have succeeded in doing so far, thankfully, is contributing to its further fragmentation.

One of these groups is the English Volunteer Force, which was launched in July last year. It shares the EDL’s rabid Islamophobia along with its lightminded attitude to the English language. As the EVF’s mission statement explains: “We are convinced this country is currently being Islamified, This is apparant with recent immigration pattern’s over the past 20 years, Also our food chain is being exploited & overran by the flood of cheap Halal meat being covertly sold in most supermarket’s, In our opinion this need’s to be governed much stronger.”

Yesterday the EVF held its first public event, a demonstration in Birmingham “against the Islamification of Great Britain”, which featured Tony Curtis, formerly a leading figure in the EDL, as a guest speaker. Reports by far-right sympathisers claimed an attendance of 150-200, although photographic evidence suggests that the actual figure was much smaller. The police estimate was 50.

Nor did the demonstration last very long. The Birmingham Mail reported: “The group continued their protest for 30 minutes until a cry of ‘Let’s all go to the Brasshouse’ – a pub on Birmingham’s Broad Street – was heard, and the demonstrators dispersed.” 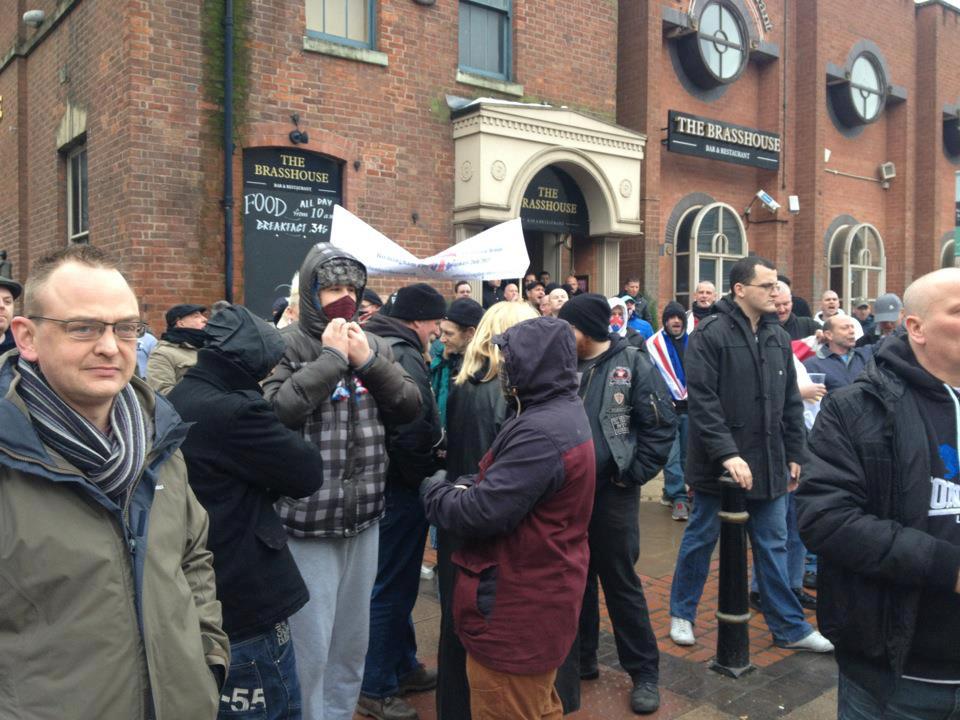