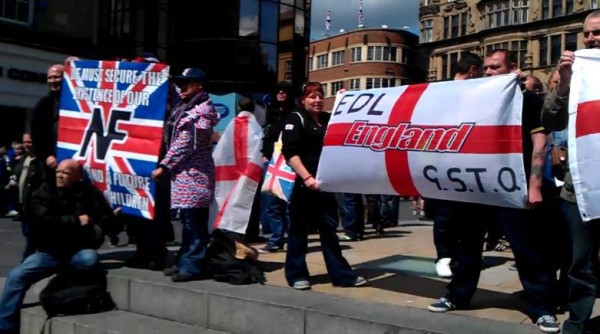 A thug has admitted throwing a firecracker during fierce clashes after English Defence League supporters stormed an anti-Jubilee rally.

Anthony Crawford hurled a firecracker into a group of demonstrators at Greys Monument in Newcastle on June 4, 2012. The 22-year-old, of Elmway, Chester-le-Street, Durham, pleaded guilty to the offences at Newcastle Magistrates Court on Thursday, June 28.

An 18-year-old man was taken to Newcastle Freeman Hospital for treatment to burns suffered when the explosive hit his face and landed in his hood.

He was with friends at a “Stuff The Jubilee Party” which was organised on Facebook and due to start at midday. Members of the EDL carrying banners arrived shortly beforehand. A line of around 25 officers separated the two groups.

A 45-year-old-man from South Tyneside was also arrested on suspicion of affray and was bailed pending further enquiries.

Crawford will be sentenced on July 4.