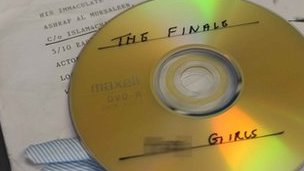 They were received around the time of the Muslim holiday Eid and contain a mixture of insults to the Prophet Muhammad, a pornographic film and news footage about extremism. Some of the DVDs were addressed to “His Wonderous Cleric of Islam” making it initially appear to contain something positive.

AbdulMaalik Tailor is the community liaison officer for Anoor Mosque in Acton, west London. He also runs an organisation called Muslim History Walks and the DVD was sent to both of these organisations.

“I didn’t like it at all, initially it was just turned off, but then myself and other people at the mosque thought we have to see what exactly is in this film,” he said. “It’s been heavily edited and put together. It wasn’t pleasant at all – it’s disgusting.”

The DVD is very amateur and set to a rock song and appears to have been made in a bedroom. First the viewer sees a model skull with worms and a toy rat inserted in its face and the words ‘Prophet Muhammad’ written across its forehead.

A series of obscene insults are held on a piece of paper underneath. There follows a pornographic film and also on the DVD is part of a BBC Newsnight investigation into banned Islamic organisation Al Muhajiroun.

Mr Tailor said he would like to see whoever made and sent the DVD prosecuted for hate crime. “Other people have received this too and we would like them to come forward,” he said. “The concern from some worshippers is that if a Muslim were to produce DVDs which contain similar hate, they would be prosecuted. If nothing happens then it will be seen as a two-tier system.”

It is not clear how many Muslim organisations or mosques it has been sent to but BBC Asian Network found it was received by the Qalb Centre in Walthamstow as well. Workers there initially thought it may be an Eid card, and a female worker watched a couple of minutes and found it very upsetting.

Outreach worker Imran Mehtar also watched it. “I did find it very offensive and Islamophobic but I didn’t get upset – I just thought it was made by a bunch of idiots,” said Mr Mehtar. “It would be nice if people were caught and punished for this – because here we have been thinking what else could they do, what other plans have they made?”

The Metropolitan Police said it was in possession of two of the DVDs which are currently with forensic teams.

Update:  According to a BBC London News TV report, the “least offensive” comment in the abusive message that accompanied the DVDs was the accusation that Muslims are “devil worshippers”. 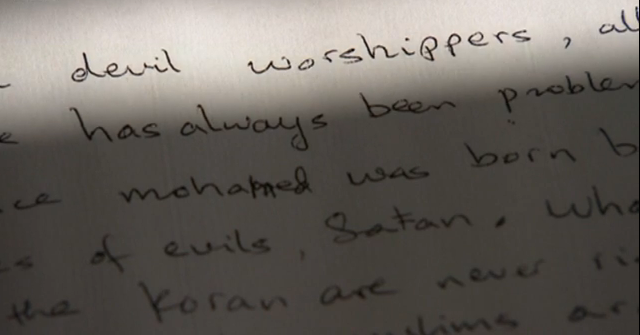