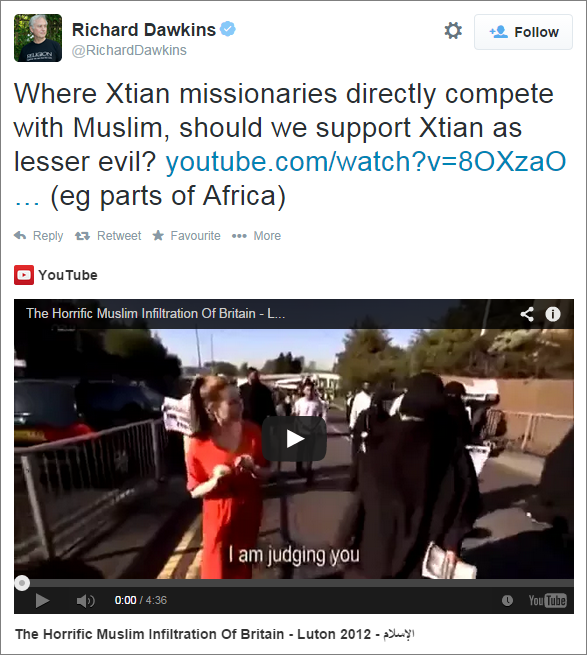 Celebrity atheist Richard Dawkins has tweeted a link to a Youtube video featuring a demonstration in Luton by Anjem Choudary’s gang of provocateurs.

The video is a clip from the 2012 BBC documentary My Hometown Fanatics: Stacey Dooley Investigates, which was flawed in itself, not least because it gave credence to English Defence League views on Choudary’s group without sufficiently emphasising how small and unrepresentative it is.

But the objection isn’t so much to the content of the Youtube video as to the title it has been given. It tells us a lot about Dawkins that he finds a reference to “the horrific Muslim infiltration of Britain” unobjectionable.

You’ll note that Dawkins uses the video to suggest that atheists like himself should consider forming an alliance with evangelical Christians against Muslims. This isn’t the first time he’s raised that issue. In 2011 he posted a map produced by the US Christian college Bakke Graduate University, which depicted Christianity resisting the Islamic conquest of Africa, and asked: