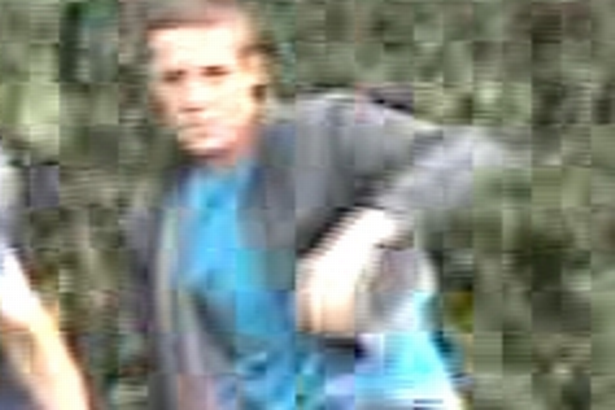 Police are hunting for this yob after he hurled a beer glass at their van during an English Defence League protest in Tipton on August 11.

Supporters of the far-right anti-Islam group staged what officers have called a “peaceful protest” in the town, but this man broke ranks and attacked the vehicle, narrowly missing an officer with the glass.

Sandwell police are keen to speak to anyone who may recognise the hooligan, or who witnessed the attack, which came as the demonstration passed “largely without incident”, they said.

The man wore a grey cardigan-style jacket over a turquoise blue t-shirt, plus jeans and trainers.

Anyone with information should call Sandwell police on 101 or contact Crimestoppers anonymously on 0800 555111.