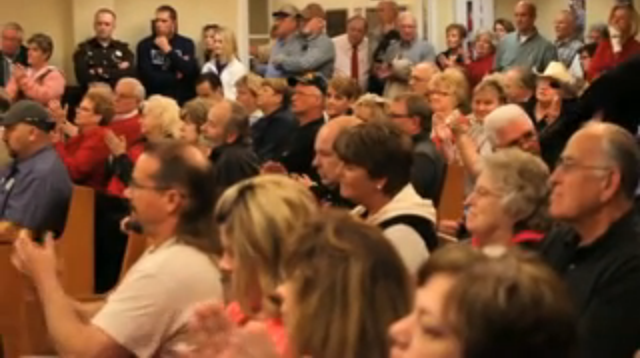 Rarely has a simple 10-acre tract of land so united a community.

But the staunch opposition to a proposed Islamic cemetery near the eastern edge of Mount Washington wasn’t as uncomplicated as it appeared.

Strongly voiced objections on religious grounds were numerous at a recent meeting of the county board of adjustments, but they were hardly the only reasons residents on and around Hubbard Lane wanted to stop the plan.

Residents said they were concerned about:

• Possible vandalism of the cemetery from those who oppose Islam’s presence in Bullitt.

• Kids having to ride their bikes past a cemetery when there are no other cemeteries in the immediate area.

• Groundwater safety and other environmental issues.

The board by a 5-1 vote rejected the conditional-use change from “agricultural” in the unincorporated area of Bullitt County. The sale to the St. Matthews-based Louisville Islamic Center was contingent upon the change.

The Islamic center last week decided not to appeal and will look for cemetery land elsewhere.

“The overwhelming sentiment of the crowd was a little bit disheartening,” said Ozair Sharif, a Louisville attorney and board member of the Islamic center.

Romona Stout recalled moving onto Hubbard Lane 42 years ago when it was just a gravel road. “You cannot hardly pass with two cars, it is a lane. To have a cemetery in a residential neighborhood, it bothers me. I don’t have nothing against the Islamic religion, it’s not that. It’s not.”

But for others, it clearly was.

“Why would you want to go where you’re not wanted?” asked Len Hardy Sr., who was admonished at the podium for turning around and talking to Islamic center representatives and not zoning board members. “Seems to be, you’re looking for a dumping ground, and I don’t like it.”

Sharon Foley of Oak Creek Drive told the board, “Our country was founded on Christian principles. Thousands and thousands of American men and women for their freedom of religion.”

She lives with her 90-year-old father, who served in the Marines. She called the proposed Islamic cemetery a slap in his face, “given the incidents of the past 11 years,” she said, referring to the 9/11 terrorist attacks.