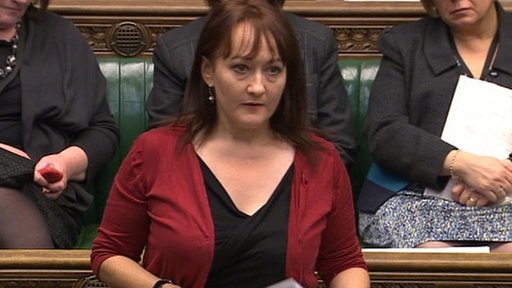 An MP has called for a march through Bristol by the English Defence League to be banned.

The controversial protest group will congregate in Castle Park on July 14, the same day as Bristol Pride’s We Are: Proud lesbian, gay, bisexual and transgender event takes place on College Green.

A heavy police presence is guaranteed on the day, with up to 700 officers expected to be on duty to police the events, in an operation costing as much as £1 million.

But Bristol East Labour MP Kerry McCarthy has called for the EDL to be barred from marching that day, saying she fears for public safety. She has written to the city council and Avon and Somerset police saying she is “not satisfied” public order will be maintained after the march.

Ms McCarthy told the Post: “For me, this is not an issue about the freedom to protest but a matter of public safety. The clash of these two quite contradictory events on the same weekend will put our city under enormous pressure and could put public safety at risk. For this reason, I have written to the police and Bristol City Council to express my profound concern and to request that they reconsider their decision to allow the EDL to march on July 14.”

The MP has attacked the organisation on her website, saying: “The EDL’s reputation for Islamophobia, intolerance and public disorder runs contrary to what Pride and vast majority of decent Bristolians stand for. We know from their previous demonstrations in towns like Luton that EDL marches place a huge burden on the police and can lead to violence and intimidation.”

A police memo seen by the Post said that the EDL leadership was keen to avoid any conflict with Pride. The EDL says on its website that it champions equality for homosexuals and a member of its lesbian, gay, bisexual, and transgender division will speak at its march.

Although Avon and Somerset chief constable Colin Port could apply to the Home Secretary to ban the march, the police fear that could open the door to EDL members congregating in the city unsupervised. A security operation is being put in place to keep both groups apart and police have met with leaders of the Muslim community to allay their fears.

Assistant Chief Constable Andy Bangham said: “Bristol is open for ‘business as usual’. Public safety is our top priority and we’re working closely with our partners in Bristol, including the city council, to ensure the EDL march is peaceful. We’re seeking to minimise disruption to those who live, work and visit.

“Our challenge is to balance the right to peacefully protest with the rights of the community and citizens of Bristol. We will facilitate peaceful protest, but we will be active in tackling anyone who becomes involved in violence or disorder, whatever form it may take.”

“I have no problem with any organisation demonstrating,” he said. “That’s what a free and democratic society is all about. As long as it’s a peaceful demonstration it should not be a problem. More to the point, others should not seek to make it a problem.

“That’s where the problem lies – people who give them much more publicity by protesting against them. It’s much better for Bristolians to collectively turn our backs on them. They are a reprehensible bunch, and best ignored.”