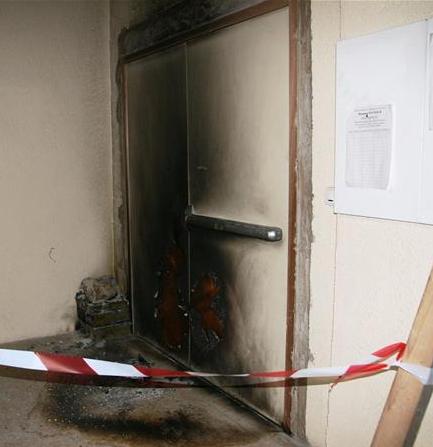 Le Progrès reports on an arson attack on a mosque in Tarare. Petrol was poured outside the front door of the mosque and set alight, but the fire doors were able to contain the blaze.

A few months ago the letters “FN” – the initials of the far-right Front National – were painted on the mosque’s wall. ”

Graffiti, arson. And what will it be next?” the mosque secretary asked. “A small bomb?”