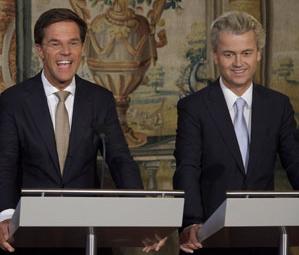 Ministers repeatedly said foreign governments understood the relationship between the minority coalition and Wilders and that he was not officially part of government.

However, official papers show “time after time” that diplomats wanted proper instructions on “how to avoid reputation damage as much as possible” – for example, when Wilders published a new book. This often did not work, the documents state.

Rob de Wijk, director of research institute HCCS and an expert on international relations, told the website this should not be a surprise. “Wilders’ position was impossible to explain abroad,” he said.

The problems have not all been solved now Wilders is no longer part of the alliance. “He was a symbol of the way the Netherlands had turned in on itself.”