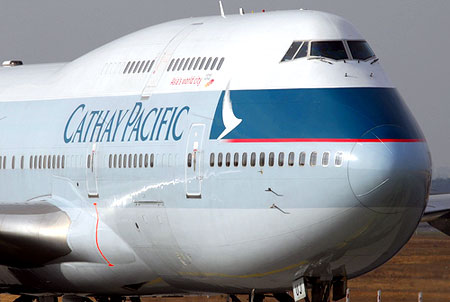 A Muslim airport worker has accused airline Cathay Pacific of racism after he was refused a job interview – only to be offered one when he applied two days later using a fake white British-sounding name.

Algerian-born Salim Zakhrouf applied to Cathay Pacific for a job as a passenger services officer at Heathrow Airport. Mr Zakhrouf, 38, who has lived in Britain since 1991 and is a UK citizen, was told by email he had not been selected for interview.

But applying 48 hours later as “Ian Woodhouse” with an identical CV and home address, he was invited for an interview by the same personnel officer who had first refused him.

A furious Mr Zakhrouf, who has 17 years’ customer-service experience and works as a Heathrow flight handling agent, refused to attend. Instead he called his union, Unite, which plans to bring a case accusing Cathay Pacific of racial discrimination to an employment tribunal.