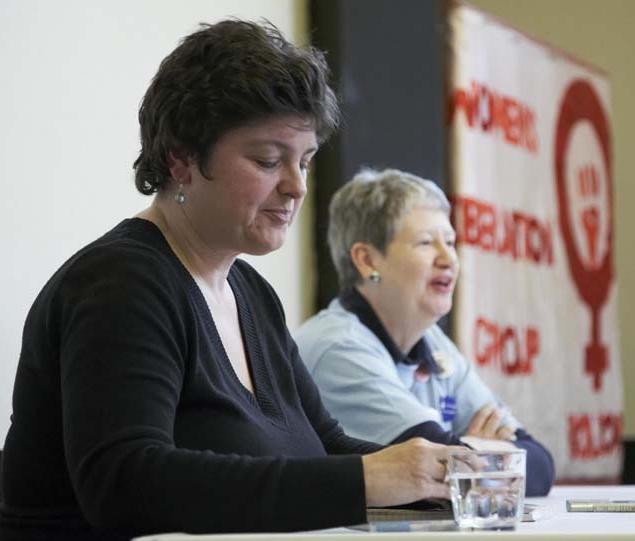 Today’s Daily Mail – a newspaper which of course has a long history of inciting bigotry against minority communities of recent migrant origin – carries yet another contribution to the niqab “debate”.

We’ve already heard Melanie Phillips’ views on this “sinister and intimidating black-out”, as she puts it, and now we have an article headlined “Why are my fellow feminists shamefully silent over the tyranny of the veil, asks JULIE BINDEL”.

Bindel wants to know why many feminists have not “mounted a robust attack on the niqab and its iniquities”. According to her, the fact that some Muslim women in the UK wear the niqab is the work of “Islamic hardliners”, who are of course of the male gender and whose goal is “cultural totalitarianism”. Bindel writes:

The truth is the notion that women should cover themselves with a veil has been determined and is perpetuated by this group of superstitious patriarchs who use religious dogma as a means of policing and controlling women’s bodies.

The very impulse to dictate what women should wear and how they should appear is based on the ruthless stereotyping of an entire gender. It is an outlook that shows not the slightest respect for women as individuals.

In response to such arguments, it is often said that women wear the niqab out of their own choice. But how much genuine freedom of choice do those women have when fundamentalists elevate misogyny into a religious principle?

So the fact that Muslim women who wear the niqab say they have made their own decision about how they dress is of no concern to Bindel – she believes they are merely acting under the domination of manipulative men. Some of us might wonder what kind of “feminism” it is that treats the views of these women with such utter contempt and dismisses their ability to think for themselves.

Meanwhile, over at the New Statesman, Aisha Gani takes the trouble to talk to Muslim women who wear the niqab.

See also Sahar Al Faifi, “I wear the niqab, let me speak on my own behalf”, Independent, 18 September 2013