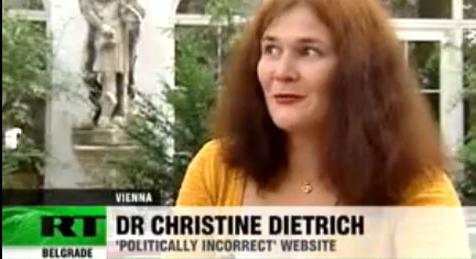 A Reformist priest from a tiny Bernese village is under investigation by church leaders after it emerged that she helped run a fanatical anti-Islamic website.

The Council of Reformist Churches for Bern, Solothurn and Jura has criticised the priest, and declared her activities on website ‘Politically Incorrect’ to be “incompatible” with her position as a priest due to the “Islam-baiting” that takes place on it, newspaper Tages Anzeiger reported.

The priest has been involved for a long time with the Politically Incorrect forum, a website frequented mainly by Germans, and has been operating clandestinely, the newspaper reported.

It has been alleged that the priest has been funding the website herself, the Tages Anzeiger reported. The prosecutor also believes it possible that she has been contributing some of the racist content, albeit under pseudonyms.

The Council had already warned the priest previously for her participation at extreme-right Islamophobic events in Germany. Having reviewed the content of the website, the Council described the articles posted there as “inflammatory and derogatory”.

The priest is now accused of breaching anti-racism laws and of failing to prevent criminal acts. Despite the accusations, she has still been permitted by her immediate superiors to continue to preach in the village.

The pastor’s name is Christine Dietrich and far from “operating clandestinely” she has been publicly involved with Politically Incorrect for a number of years. Indeed, in 2009 she featured in a TV interview on Russia Today as a spokesperson for PI.

In January this year PI reported that Dietrich had severed her links with the the hate site after mounting criticism of her role had forced her church to take action. An investigation into Dietrich by the church synod had reportedly found “no proof of islamophobic statements or writings by the pastor”. Yet Dietrich’s colleague Michael Stürzenberger openly admitted that she had written for PI for years “against the misogyny of Islam, its affinity for violence, its legitimization of murder as well as its totalitarian claim to power”.

Perhaps the reference in The Local‘s report to Dietrich “operating clandestinely” refers to her continuing involvement with PI since January.