Swedish police launched a manhunt Thursday after the third arson attack against a mosque in a week, amid growing tensions over the rise of a far right anti-immigration movement.

“People saw a man throwing something burning at the building,” police in Uppsala said in a statement, adding that the mosque in eastern Sweden did not catch fire and that the suspect had left behind “a text on the door expressing contempt for religion.”

A police spokesman told Swedish news agency TT that the burning object was a Molotov cocktail and that no one was in the building at the time. Sweden’s Islamic Association posted a photograph online of the main door of the mosque, which was emblazoned with the slogan “Go home Muslim shit”.

The police were alerted by passers-by, who reportedly witnessed the attack at around 0430 GMT. “The crime has been classed as attempted arson, vandalism and incitement to hatred,” the police said, appealing for witnesses to come forward.

Thursday’s attack in Sweden’s fourth-largest city came just three days after a late-night blaze at a mosque in Esloev in the south, which police suspect was also arson.

On Christmas Day, five people were injured when a petrol bomb was thrown through the window of a mosque in Eskilstuna, east of the capital Stockholm.

Sweden’s leftist Prime Minister Stefan Loefven led condemnation of the latest attack. “The most important thing now is that everyone distances themselves from this,” he told TT. “In Sweden no one should have to be afraid when they practice their religion,” he added, saying the government would increase funding for securing places of worship.

According to the anti-racism magazine Expo, there have been at least a dozen confirmed attacks on mosques in Sweden in the last year and a far larger number are believed to have gone unreported.

“People are afraid, they fear for their safety,” Mohammad Kharraki a spokesman for Sweden’s Islamic Association told AFP. “We’ve seen through history that people use violence as a way of polarising society against minorities.”

The attacks come as debate intensifies in Sweden over immigration and the integration of asylum seekers in the traditionally tolerant Nordic country, which is expected to receive more than 100,000 asylum applications this year, breaking all previous records.

Last month the far right Sweden Democrats – which doubled its support to 13 percent in September elections – came close to bringing down the left-green government over its liberal refugee policies. The party’s support in opinion polls has risen to around 16 percent.

However in a last minute agreement on December 27, the government and centre right opposition parties cut a deal effectively denying the Sweden Democrats influence over major policy – including over immigration.

Kharraki said the arson attacks could be carried out by “Sweden Democrats people who are angry because they’ve been pushed aside.” “They think Muslims are the problem,” he said, while “mainstream political parties have taken a stand against racism and Islamophobia.”

However, a spokesman for the Sweden Democrats said there was no reason to consider the attacks to be politically motivated. “This is not political, it’s criminal. It’s criminals doing this and it’s a police matter, not a political question,” said Henrik Vinge. “This type of violence is something we take very seriously…. It’s unacceptable of course.”

Muslim groups have called on politicians to join vigils in several cities around the country Friday to show their opposition to racially-motivated violence. 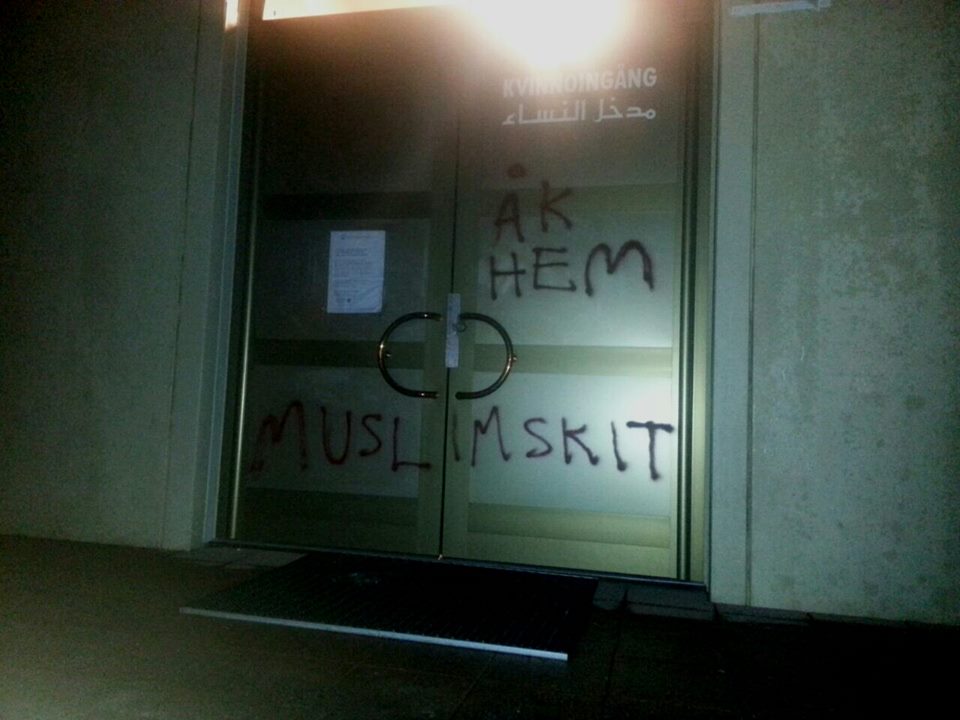