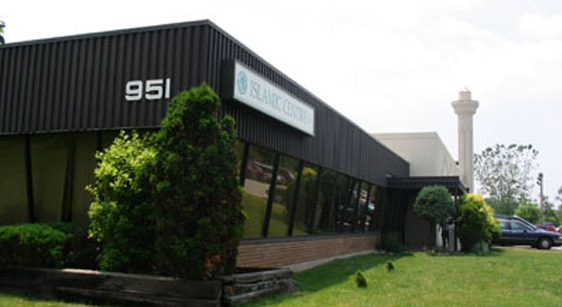 After the Canadian Broadcasting Corporation identified two young Canadians as having been part of the hostage-taking at an Algerian gas plant in January, the media took the opportunity to link the mosques and Muslim community in London Ontario to terrorism, without any proof.

“This is by now a familiar ritual. News breaks that someone with a local connection is involved in terrorism somewhere. Accusations are hurled that mosques, imams and madrassahs are inculcating a jihadist culture, which is said to be an inevitable byproduct of Islam that’s deemed violent. Demands are issued that all Muslims condemn, condemn, condemn ‘homegrown radicalism’, ‘extremism’, ‘fundamentalism’, etc., even if they have had nothing to do with it and may, in fact, be as vehemently opposed to such traits as anyone else.”

He quotes John Esposito as saying:

“This raises significant issues about the media and our popular culture. A report like that comes and there’s a knee-jerk spreading of collective guilt on all Muslims, and the media descending on a mosque in the vicinity of where the young person or persons may live or may have lived in the past.

“This puts an unprecedented pressure on the Muslim community and their mosques and religious centres. They have to constantly disassociate themselves with the bad actors, even though they may have had no connection. It places them under a constant 24/7 anxiety.

“We don’t do this with other people – force a community from where a pedophile or a murderer may have come, to declare, ‘We are not all pedophiles’, ‘we are not all murderers here’.”

“Religion is but one of several factors galvanizing mostly alienated youth to militancy, according to studies by security services in Canada, the U.S. and across Europe. Often their inspiration was no farther than a click away on the Internet. Their biggest motivation has been revenge for the occupation of Muslim lands and the killing of civilians in Iraq, Afghanistan and elsewhere.

“Constantly looking for culprits under prayer carpets is racist, Islamophobic and, more crucially, counterproductive. It feeds the jihadist narrative that the West is at war with Muslims – something that terrorist groups use as a recruitment tool.”