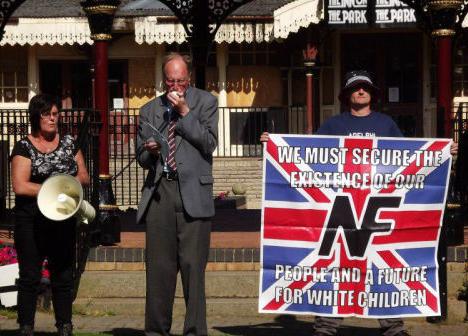 The company behind a controversial Halal abattoir say they want to be a large employer for the coast.

Premier Halal Meats, who are behind an application to open up a Halal abattoir on Heath Road industrial estate in Skegness, hope to create between 40 and 70 jobs for the town.

A spokesman from the company, who would not give his name, said: “About 50 people have applied for a job with us and we expect more applications to come in. We will be employing a lot of people and hope to be one of the biggest employers in Skegness.”

On Saturday, the far right National Front held a demonstration in Tower Gardens. They used a loud speaker to address around 50 people and a small leaflet drop on Grand Parade.

Tess Turner from Alford has set up online petitions and a Facebook page Say NO to Halal slaughter in Skegness. She said: “I am getting more ‘likes’ on Facebook for the campaign and there are petitions all over the place. I had nothing to do with the demonstrations by this political group but possibly the only good thing from it was that they did bring it to the attention of more people.”

Meanwhile, the British National Party are also trying to exploit this issue for their own political gain.

The latter report notes that “East Lindsey District Council is keen to point out it has no role to play in the site’s licensing”. That hasn’t prevented someone organising an online petition calling on the council to block the abattoir. At present it has over 900 signatures and this is a selection of the comments that have been added:

“in my opinion halal is a form of torture, evil cruel and barbaric, we are a civilized nation and that is the way we should stay!”

“this is totally barbaric!!!!……hang them up and do the flippin same and see how they like it!!!!”

“I’m sick of this country making allowances for other religions & minorities. Don’t like it….Go back home”