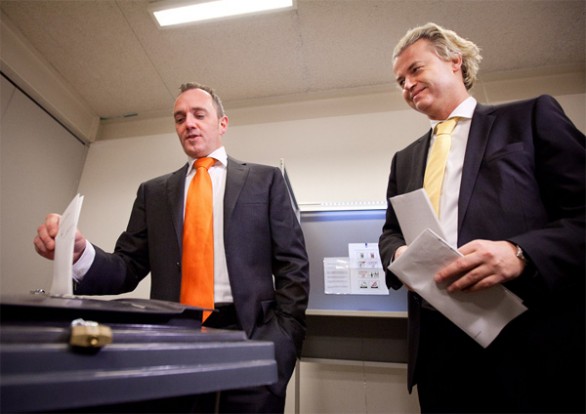 The anti-Islam PVV on Wednesday night called for the closure of all mosques in the Netherlands.

“We want to de-Islam the Netherlands,” MP Machiel de Graaf said during a debate on integration. Until now the PVV has only called for a freeze in mosque building programmes and the closure of mosques funded from abroad or which support violence.

De Graaf said schools are being hit by a landslide of children called Mohammed. “We will experience that a majority of school pupils are Islamic…. Dutch unity, identity and culture are being wrecked by immigration and via wombs,” he said. “Various Islamic leaders have said this, such as Gaddafi,” he continued. “But no one but the PVV takes it seriously.”

De Graaf’s comments were condemned by MPs and Labour parliamentarian Khadija Arib, who chaired the debate, said later via Twitter the integration debate had reached a ‘low point’.