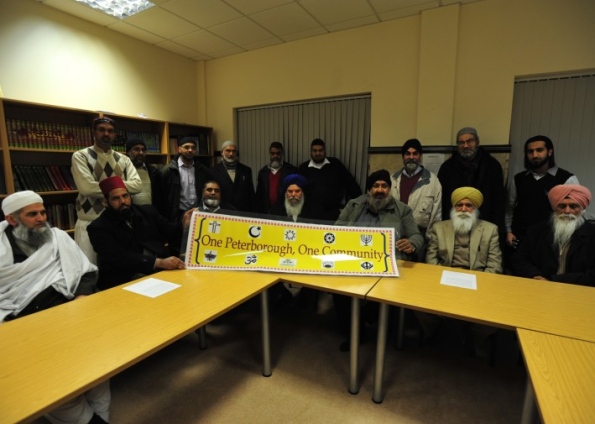 Representatives from Peterborough’s Sikh community came out in opposition to the English Defence League (EDL) at a city mosque.

Representatives from the two Gurdwaras in Peterborough met with Muslims from local mosques at the Faizan e Madina Mosque in Gladstone Street last night. Their purpose was to show their support to the city’s Muslim community and to distance themselves from EDL leader Gurmeet Singh, who is also a Sikh.

“On behalf of the Peterborough Sikhs we vehemently oppose the views of the EDL and any of its members. In Peterborough, Sikhs have worked hard to build relationships with other religious communities and have expressed our concern that this demonstration could upset the balance of the wider community.”