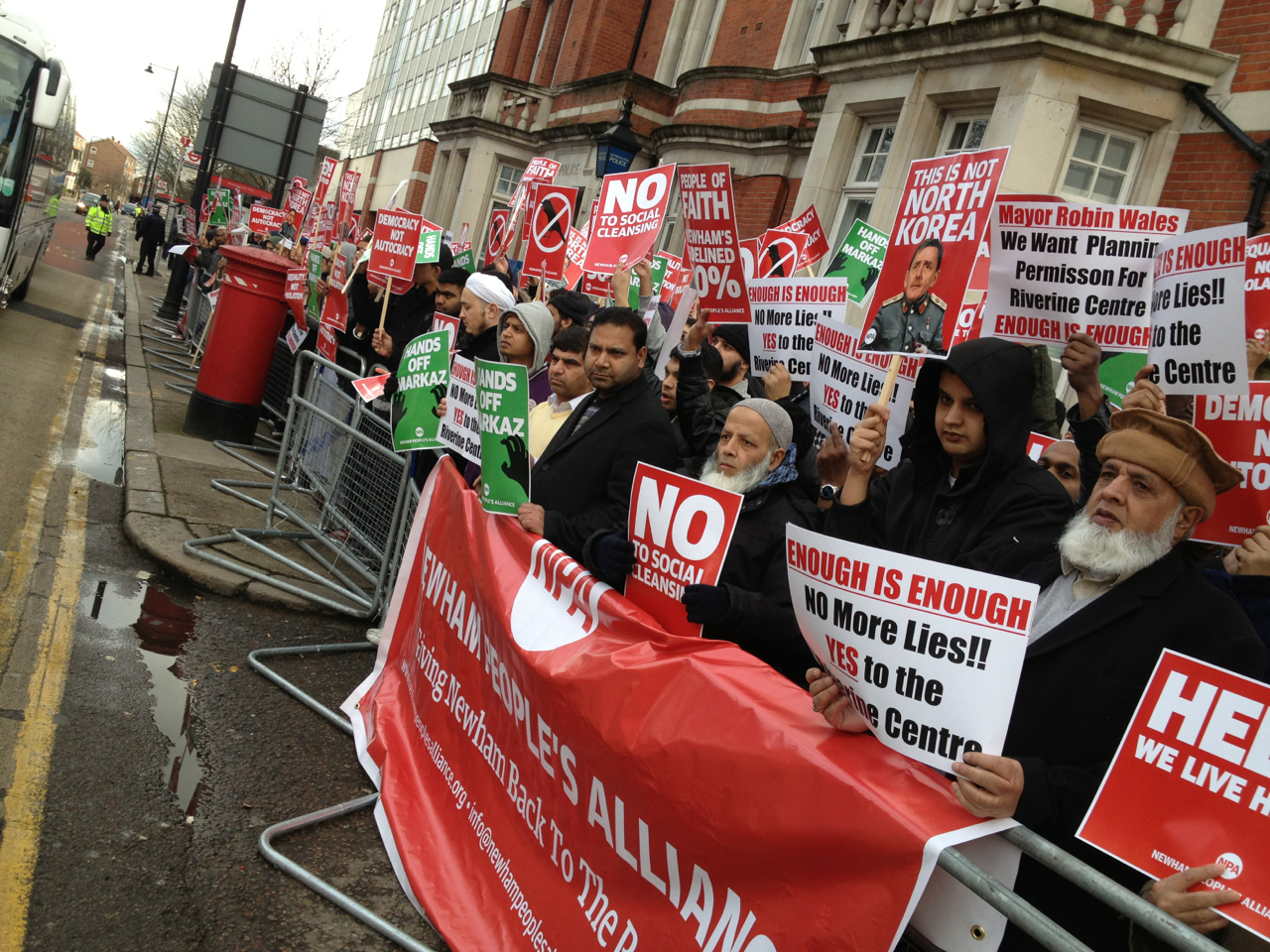 A judge has granted a London council an injunction forcing a religious group to stop using a former industrial site near the Olympic Park which had been earmarked for a 10,000-capacity mosque as a place of worship.

The London Borough of Newham says the Anjuman-E-Islahul-Mislimeen Trust has repeatedly breached planning controls at the Abbey Mills Riverine Centre, West Ham, where it runs a mosque near to the Olympic park.

Last year, the council refused planning permission for the trust to build a larger, permanent, mosque with capacity for 10,000 worshippers on the site. The trust says it has lodged an appeal to the communities secretary, Eric Pickles, against that decision.

But now the council has been granted an injunction at the High Court forcing the trust to cease using the site as a place of worship despite pleas from members of the Tablighi Jamaat religious group that this will cause “untold harm” and “destroy a vibrant religious community”.

Douglas Edwards QC, acting for the council, told the judge the former chemical works close to West Ham railway station had endured “a long process of unauthorised development” and “repeated breaches of planning control” since the trust took it over in 1996.

“They occupied a series of dilapidated, formerly commercial buildings on that site which they use as a mosque,” the QC said, adding that temporary permission allowing religious worship on the site expired in November 2006.

Edwards said the mosque breached the council’s development plan and the authority issued an enforcement notice in February 2010, ordering the trust to cease unauthorised use of the site.

The trust successfully appealed the notice at a public enquiry held in May, 2011, with a planning inspector granting a two-year temporary permission to “allow the trust to bring forward an application for a policy compliant form of development”.

Edwards said the trust entered into an agreement with the council to bring forward an acceptable planning application before February, 2012, or to give up worship on the site.

But a compliant application was not made until late 2012 and was refused by the council, despite claims by the trust that 28,000 people – 89 per cent of those who responded to the consultation – were in favour of keeping the site as a place of worship.

Ruling that the trust had failed to meet its obligations under the agreement, Judge Richard Seymour granted an injunction requiring it to remove all buildings and fixtures used for worship from the land, to dig up an existing car park and to remove all debris from the site.

Edwards earlier told the court: “It is plain that the trust entered into the obligation freely and recognised its purpose and effect. The trust was fully aware of what it was committing itself to do and the consequences of breaching its obligations”.

The trust’s barrister, Anne Williams, accepted that an application the trust submitted in time was not “strictly” valid and that the terms of the agreement had “technically been breached”, but argued the injuction would not be “just and equitable”.

She said it would “cause untold harm to a charitable trust and community group”, adding: “The court ought to maintain the status quo and preserve the trust’s ability to use the site constructively and positively for the good of the local community”.

Williams said the trust had lodged an appeal to the Planning Inspectorate over the decision to refuse permission and argued there was a “reasonable prospect” that full planning consent would ultimately be granted.

“An injuction to remove the buildings and cease the faith use of the land will undoubtedly destroy a vibrant religious community. An injunction will cause the congregation that attend the mosque on the site to fragment and disperse to other mosques in London”, she added.

A further hearing is expected to take place at the High Court later this week to set a time table for enforcement of the injunction.