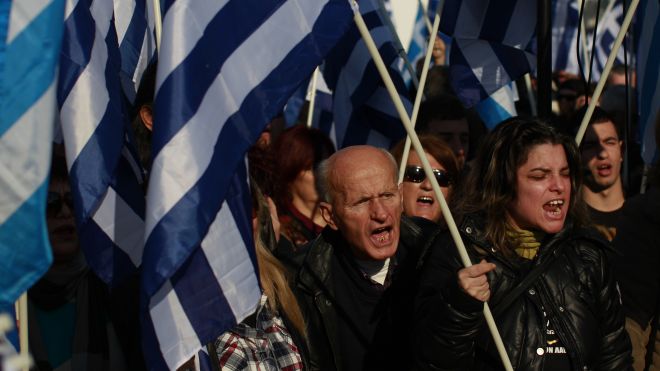 Shouting “Greece belongs to the Greeks” and “No mosque in Athens”, protesters gathered in the Eleonas neighbourhood in central Athens where the mosque will be constructed, according to the agency.

Lawmaker Eleni Zaroulia the wife of Golden Dawn leader Nikos Michaloliakos and three more of the party’s elected deputies reportedly participated in the protest. Michaloliakos is currently in pre-trial detention, charged with running a criminal organisation following a musician’s murder by one of the group’s supporters in September.

In November, the government announced that a Greek consortium had been chosen to lead the construction of Athens’ first mosque, 13 years after plans were first announced. Five previous attempts to find a business group to back the project had failed.

Athens is one of the few European capitals without an official mosque, but in recent years several non-official places of worship have appeared in the Greek capital thanks to an increasing numbers of Muslim immigrants from abroad.

In 2011, the Greek government was forced to adopt a law ensuring the mosque’s construction. But concerns over where to place the mosque and protests from the far right led to the failure of five contract tenders.

The only official mosques in Greece are situated in the northeast region of Thrace, where a minority group of Muslim Turks live.