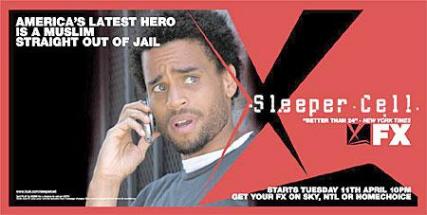 Posters with the phrase “America’s latest hero is a Muslim straight out of jail” has been banned from the Tube by London Underground (LU).

LU said it will not show the posters from a £1m advertising campaign for new TV series Sleeper Cell until creators remove the word Muslim from the text. It claims it will offend people and it is trying to be sensationalist.