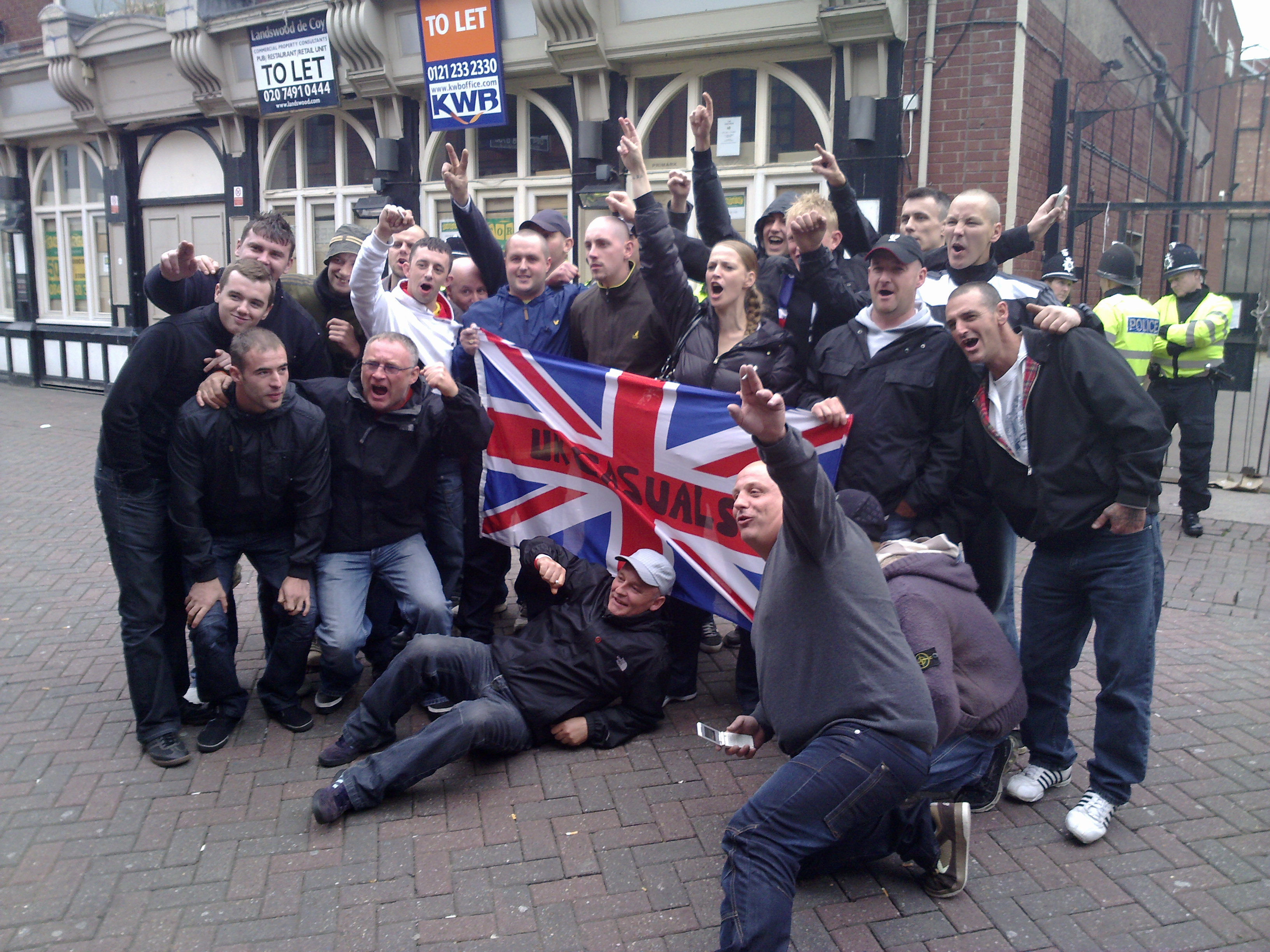 A man who took aim with a bottle as English Defence League supporters clashed with young Asians during an army parade has escaped being jailed – despite being sentenced for affray days before the clash.

Daniel Groves, 23, of Kettlewell Close, Warwick, pleaded guilty at the crown court in Leamington to a charge of affray and was sentenced to six months in prison suspended for two years. He was given 18 months supervision, banned from all pubs and clubs for three months and made subject to a 8pm to 6am electronic-tag curfew for the same period.

The court heard that Groves had convictions for affray and public order offences and four days before the clash had been given a community sentence for an affray in Warwick town centre.

Prosecutor Vicki Lofrese said in September the Royal Regiment of Fusiliers were on parade in Nuneaton when police spotted English Defence League (EDL) supporters heading towards a pub.

She said: “Large banners were being paraded and slogans shouted from members of that group, including ‘I am English ’til I die’ and ‘St George in my heart’. Police saw a group of about 20 in the drinking area outside singing the same slogans and ‘Taliban scum’ as a group of young Asian men began to congregate outside.”

As the tension mounted and police struggled to keep them apart, Groves was spotted throwing the bottle, which smashed near the Asian youths, and he was arrested after a struggle.