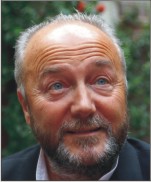 Bradford West MP George Galloway has urged the Police and Crime Commissioner and the Chief Constable of West Yorkshire to help ban a proposed march in Bradford by the far-right English Defence League.

The Respect MP said he fears the intended march on October 12 could mirror the EDL’s national rally in London at the weekend, which resulted in more than 160 arrests.