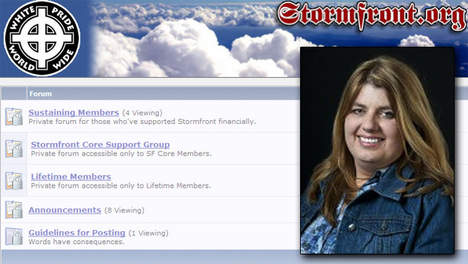 A former councillor for the anti-immigration PVV in Noord Holland has close ties to the neo-nazi group Stormfront and submitted 2,200 items to the organisation’s website, the Noord-Hollands Dagblad reported on Friday.

Monica Nunes is one of three provincial councillors who left the PVV earlier this year to go it alone.

In her writings on the site, which ended around three years ago, Nunes says all Muslims should be sent back to their country of origin and “Jews have a good nose for money”, the paper said. Nunes used the name Doubt while active on the site. Her role was uncovered by anti-facist research group Kaftka.

In a statement Nunes said she had been a member of the Stormfront website, but with the aim of persuading other members to think differently.

“I might have been stupid to join a debate with these nazis,” she said. “But I argued against their most insane racial theories and always defended the Jewish community and existence of Israel.”

Nunes’ comments on Stormfront included the following, which gives an indication of her motives for joining the PVV: “I wish we had a leader who would expel Muslims from the country, back to their country of origin. I don’t want to smash or kill these people. I just want them to go away …. far away.”