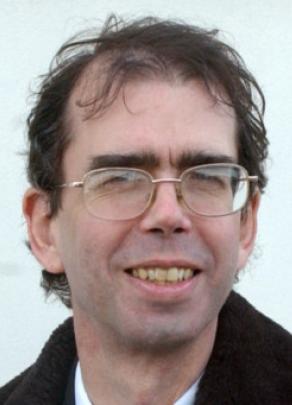 A mental health nurse has set up a new far right political party. Dr Andrew Emerson has joined other former BNP members to create Patria, which means homeland in Latin, which calls for Britain to withdraw from the EU, to repeal the Human Rights Act, to end all immigration and to repatriate non-British residents.

The group – which includes Ian Johnson from the New Forest who stood as a BNP candidate for Havant in the 2005 – will be fielding candidates in local and general elections. They left the far right BNP after becoming disillusioned with the way it was run.

Dr Emerson said: “Racism is a made up word. It’s code for anti-white, anti-English. The people who accuse us of being racist can’t explain what they mean by the word. What they mean is they’re against the English people standing up for themselves and their own rights in their own country. No other country in the world would allow the kind of immigration that we have seen over the last 10 to 15 years.”

Liberal Democrat Faith Ponsonby represents Battins ward on Havant Borough Council and is a member of Havant Multicultural Forum. She said: “As far as human rights and immigration are concerned, we’ve always been a country which has welcomed refugees, from political and religious persecution. I’m actually descended from the Huguenots who came to this country in the 18th century from France.

“We welcome people who have been persecuted and this country has benefited from them. We have benefited from the skills they have brought here and what they have achieved. Personally I love the buzz of walking round places like London where there are different people from different countries who want to live here and contribute to our economy.

“I know people are concerned about immigration and people taking from the country but I feel that the benefits from multiculturalism are huge.”

Dr Emerson, of Chichester, and Mr Johnson have stood as BNP MEP candidates.

Patria held its inaugural meeting in Dorset on 10 December. One attendee reported that the meeting “was kept deliberately small”, which is another way of saying that very few people turned up. Details of the organisation’s founding members can be found here.

Since then, Patria’s leading team has shrunk somewhat. Both its chairman Richard Franklin and deputy chairman/press officer Colin Poulter have disappeared from the “Who we are” section of the Patria website. In Poulter’s case, it appears that objections were raised to his alleged membership of the Church of Scientology.