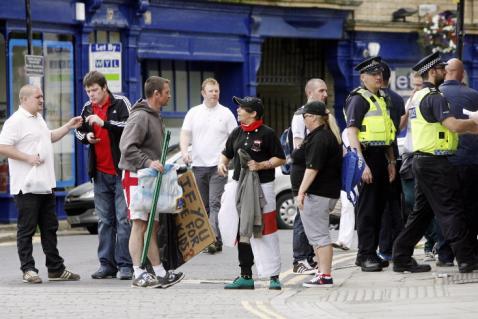 Protesters gathered in Keighley for a demonstration by far-right campaign group the English Defence League (EDL) this afternoon. About 100 members of the organisation arrived at Church Green off North Street and were shouting and chanting.

Members of the EDL were trying to surge through police barriers, and someone let off a firework. Demonstrators jostled officers, and more police, including mounted officers, attended the site to keep the action contained within Church Green.