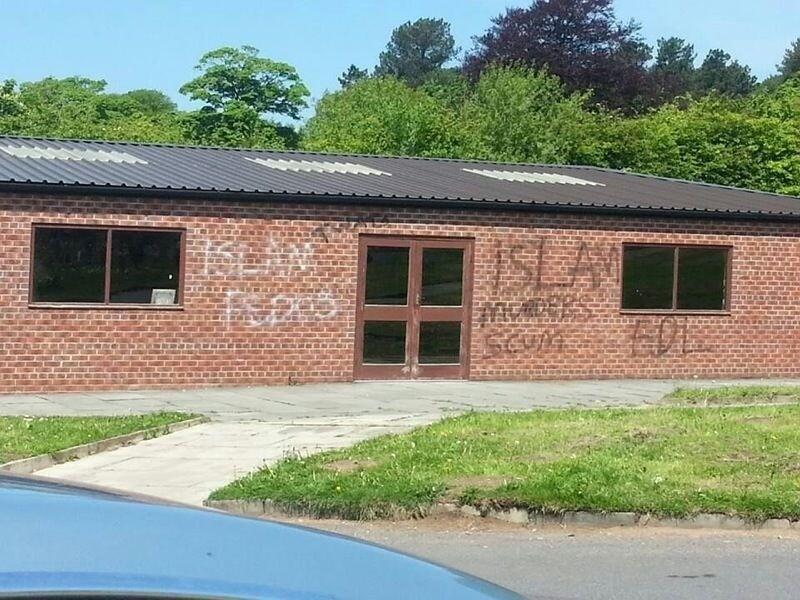 Police are investigating after graffiti was painted on to the wall of a Muslim prayer hall at a cemetery in Lancashire. The writing was discovered in the Pleasington cemetery on Tower Road, Blackburn earlier.

Ch Supt Bob Eastwood said: “It is unacceptable for anyone to commit crimes like this, especially at places of worship.” He appealed for anyone with information to contact Lancashire Police.