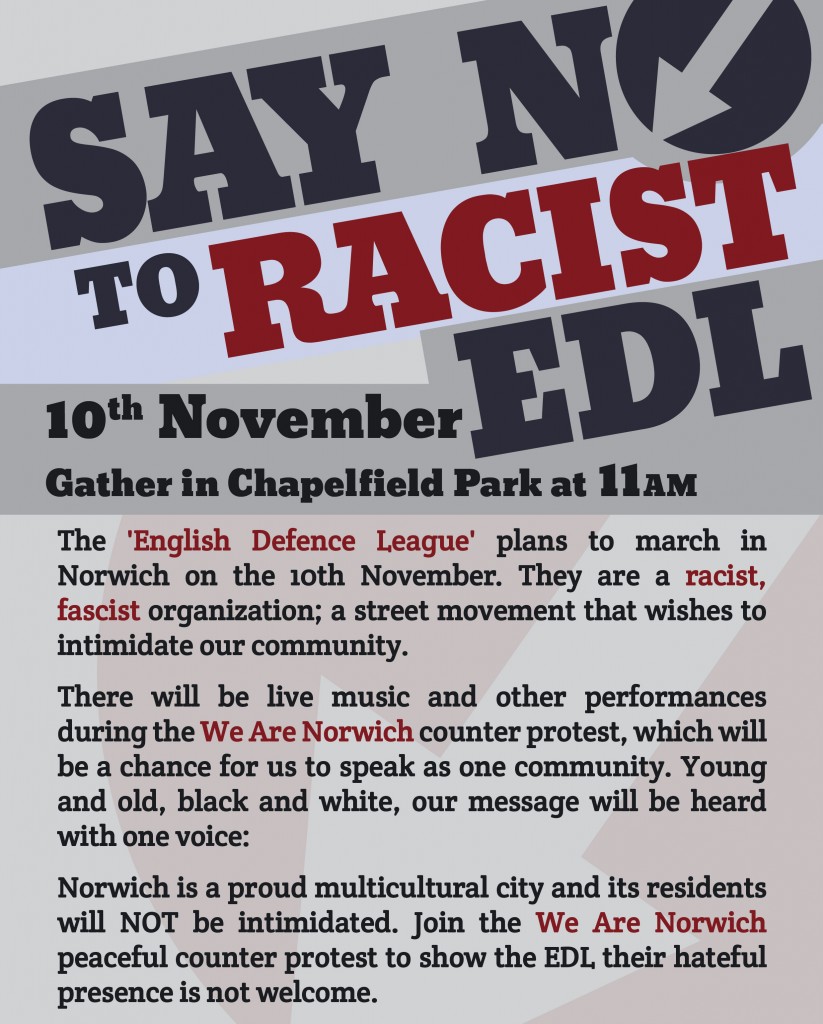 Two rival political factions will both march on city hall on Saturday November 10.

The English Defence League (EDL) will gather at Castle Gardens while counter protesters, a group called We are Norwich, will march from Chapelfield Gardens.

The EDL, whose protests are frequently marred with violence, are demonstrating in Norwich to protest at the city council’s decision to ban a preacher from a stall on Hay Hill for publishing “hate-motivated” leaflets.

Police promised a “substantial” operation to keep order in the city.

See also “We are Norwich meeting tells EDL they are not welcome”,Unite Against Fascism news report, 1 November 2012