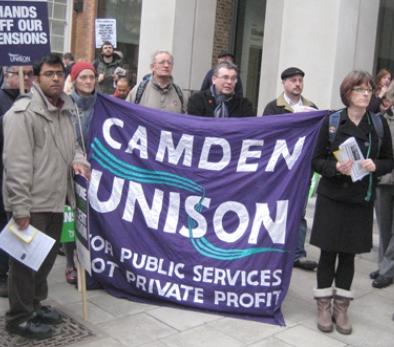 The Town Hall last night (Wednesday) backed down on plans to deduct five minutes worth of pay every time one of its Muslim employees takes a quick break to pray. Children’s department chief Councillor Nash Ali said yesterday that he has asked for the deductions to be stopped after the council’s biggest union cried foul.

The move followed a dispute brought by Camden Unison, which claimed the worker concerned – in the play service – was effectively being penalised for his religious beliefs. Camden is adamant that the case was not rooted in any religious prejudice and that the tone of the union’s claims, published on its web site, had been “inflammatory”.

The member of staff, who has not been identified by Unison, has worked for the council for 10 years. His breaks to pray were likened to the way smokers are permitted time for cigarettes without their salary being docked.

John Shepherd, a union co-convenor in the children, schools and families department, said the man involved had “prayed at work once a day for around five years”. He added: “Prayers take around five minutes. A few weeks ago, he was told he would now have five minutes of his salary deducted each day he prays. Unison immediately took up the case, pointing out the obvious discrepancy between this treatment and the treatment of other members of staff who smoke, for example, or maybe go to the toilet more often than other workers.

“In these instances managers do not monitor where staff are every second of the day and make minuscule pay deductions. So why should a Muslim worker be treated any differently? We argued that doing so is likely to be an unlawful deduction of wages and a potential breach of the Equality Act on the basis of the protected characteristic of religious belief.”

The union said it had not heard any movement on its complaint for several weeks before going public with its online article, which prompted New Journal queries to the council.

Cllr Ali said: “I have asked for the deductions to be stopped. We do not wish to see small deductions from salaries for small periods of time to pray and I have sought confirmation that arrangements are in place for any employee who wishes to pray during the working day to do so, while making up any missed time at a later date.”

He added: “The member of staff concerned is employed in a specific role where, under Ofsted guidance, there is a requirement for a fixed staff-to-child ratio to ensure the children and young people in our care are safe. As a responsible employer, the council is as accommodating as possible to any employee wishing to observe their religion and discussions are in progress to find a mutually agreeable solution.”

You can consult Camden UNISON’s “inflammatory” statement on the case here.